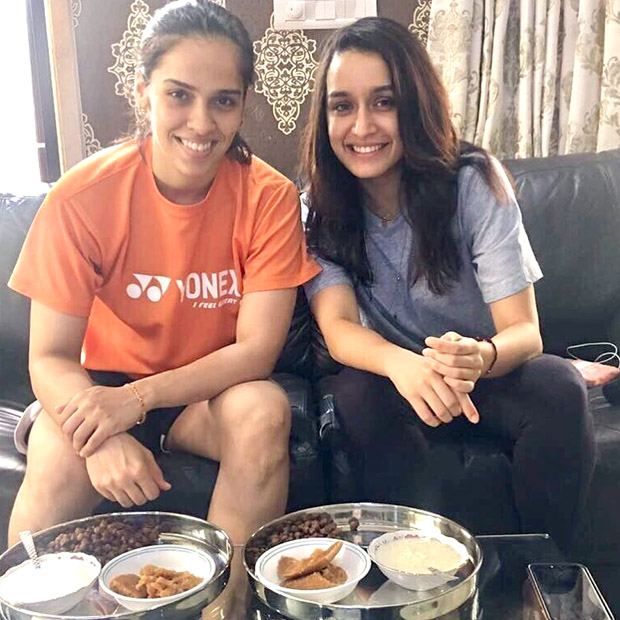 Even though Shraddha Kapoor is busy promoting her film Haseena Parkar that hasn’t stopped the actress from prepping for her next, the Saina Nehwal biopic to be directed by Amole Gupte. The actress has not only been attending badminton classes quite regularly but she has also been training with Saina Nehwal herself for the film. Amidst all of these, Shraddha Kapoor recently visited the badminton champion’s house. 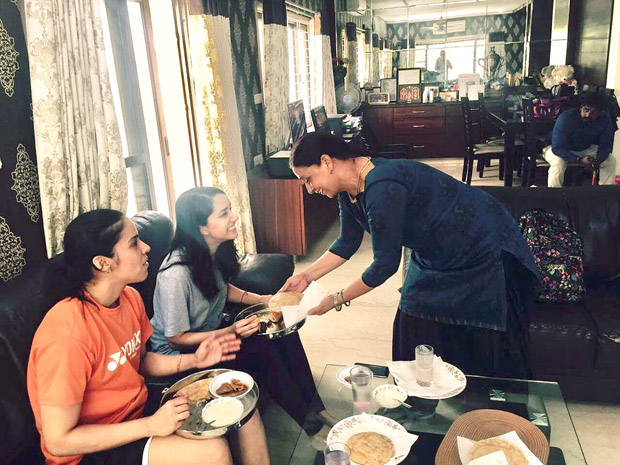 Shraddha Kapoor, who has been updating about her films on social media, recently shared about her experience of visiting Saina Nehwal’s house. The actress was not only thrilled to meet the parents of Saina but she also appreciated their efforts and expressed her thanks for pampering her with yummy food. Posting pictures from her visit, Shraddha shared a picture of her lunching session with Saina where she was all praises for the latter’s mother’s cooking skills. She said, “Today at @nehwalsaina 's home. Being pampered by aunty. She made delicious poori,choley,kheer,halwa& a fruit/milk juice.” 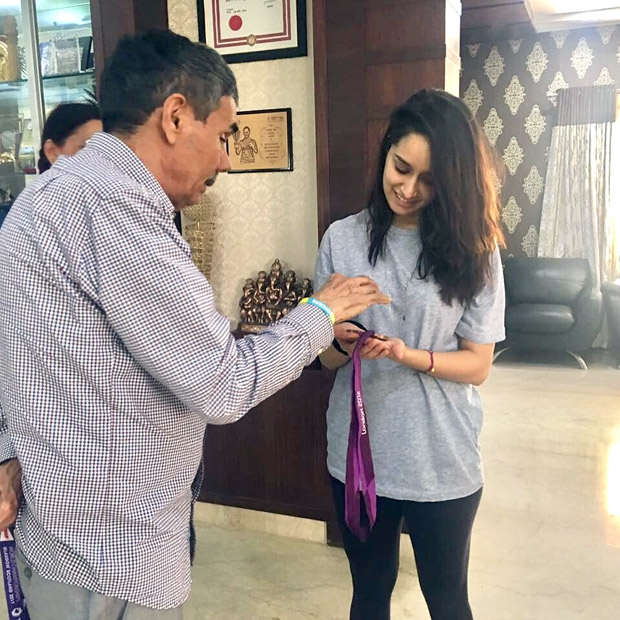 Considering that she had visited the house as a part of her prep, Shraddha Kapoor also had a look at the medals won by Saina. She posted this picture of the sports persona’s father showing her the medals proudly, as she added, “Uncle proudly showed me her medals and wins. Here I'm holding her Olympic medal.” She also posted a picture of the Olympic bronze medal saying, “Wow. Look at that. The Olympic bronze! What an achievement @nehwalsainaIn awe of you & your journey.” 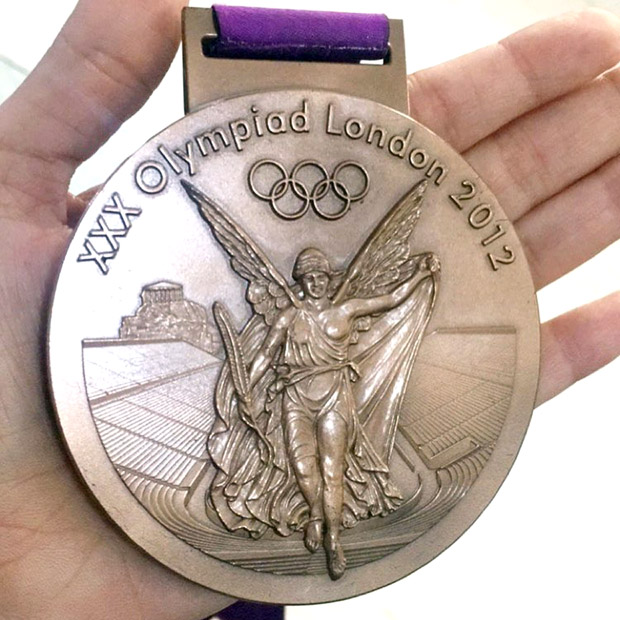 On the other hand Saina Nehwal, who too has been sharing the updates of her forthcoming biopic, posted this adorable of Shraddha Kapoor having fun with her pet dog Chopsy.