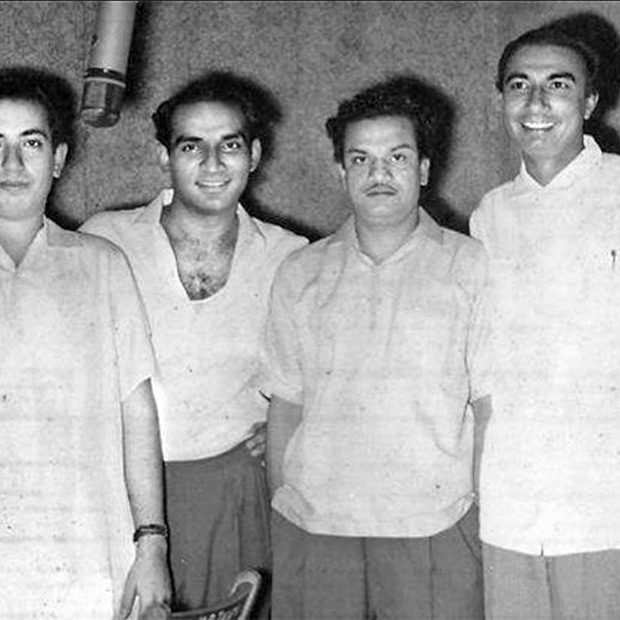 Amitabh Bachchan has never shied away from showing his love for social media and his followers have only been increasing with time. We obviously give loads of credit to the megastar himself, who always has thoughts to express, pictures to post and memories to express. Amidst his series of anecdotes, shooting experiences and other trivia, he recently shared a picture of some creative stalwarts from their younger days.

In the picture posted by Amitabh Bachchan on his Instagram page, while we did not have the actor posing, we saw the renowned filmmaker and the King of Romance, Yash Chopra posing alongside popular poet-writer Sahir Ludhianvi, Film score composer Dutta Naik and singer Mahendra Kapoor. The megastar also shared the details of the picture in the caption saying, “A young photo of Yash Chopra with Mahendra Kapoor, Sahir Ludhiyaanvi and N DUTTA ..during the working on Dhool ka Phul.”

DhoolKaPhool, the film in question that the caption is talking about, is a 1959 classic featuring Rajendra Kumar, Mala Sinha, Nanda in lead roles.

Coming to Amitabh Bachchan, the megastar, who is currently juggling with his film projects and being the host of ‘Kaun Banega Crorepati’, will soon be seen sharing screen space with Aamir Khan for the first time in Thugs of Hindostan.