Salman Khan Blackbuck poaching case has become a major subject of contention on social media currently. With many applauding the Jodhpur court for not favouring an influential superstar, fans of the actor continue to condemn the court’s actions calling him innocent. While many from Bollywood have maintained silence on the matter to avoid the wrath of the state and Salman, Simi Garewal has spoken up. She took to social media to voice her thoughts and there is a reason why it has taken everyone by a surprise. 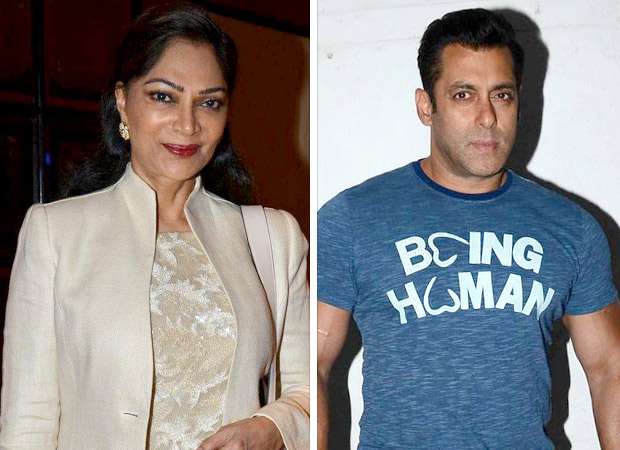 The yesteryear diva Simi Garewal minced no words in expressing her sadness over the Jodhpur court judgement. Salman Khan was recently sentenced to a five-year imprisonment over the 1998 poaching case. Followed by the judgement, amidst many Bollywood stars, Simi too took to Twitter and hinted at Salman being innocent and that he is bearing the brunt of someone’s else’s crime.

Yes, the Karz actress said, “Of one thing I am dead sure..@BeingSalmanKhan would NEVER EVER harm any animal. He loves them too much. The real culprit should be exposed. 20 years is too long to bear someone else's cross…” Simi Garewal’s tweet invited responses from varied fans who have been miffed with the recent judgement. Many of them even extended their support to Garewal’s comments further speaking on how justice has been denied to the superstar.

Of one thing I am dead sure..@BeingSalmanKhan would NEVER EVER harm any animal. He loves them too much. The real culprit should be exposed. 20 years is too long to bear someone else's cross..

On the other hand, some reports even reminisced about the old interview given by Salman Khan way back in 2008. Salman had reportedly given a statement to one of the most respected magazines about a decade ago wherein he confessed that he wasn’t the one who shot the blackbuck. However, the actor maintained staunch silence on the details of the real culprit.

The 1998 blackbuck poaching case that was in process at Jodhpur court ended in a landmark judgement last afternoon. Salman Khan, who was the main accused, was sentenced to five year imprisonment. However, four of his co-stars, who were also said to be his allies in the case, that is, Saif Ali Khan, Sonali Bendre, Neelam Kothari and Tabu have been acquitted from the case.