Salman Khan starrer Bharat was making big headlines last month when the lead actress Priyanka Chopra walked away from the project few days before the film went on floor. Ali Abbas Zafar had hinted that Priyanka had to leave the project due to her wedding with Nick Jonas which turned out to be true. The actress got engaged last month in a traditional roka ceremony. In the last few days, Katrina Kaif was roped in to replace Priyanka and it turns out that Katrina was the very first choice for the film. 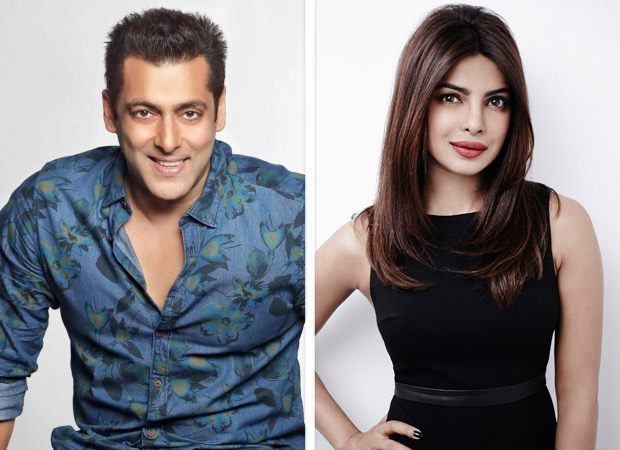 It was rumoured that the makers and Salman Khan weren't too happy about Priyanka Chopra's abrupt exit from the film on such a short notice. During the launch of Bigg Boss 12 in Goa earlier this week, the actor was once again asked about Priyanka's sudden exit. “It was sweet of her to tell us five days before the shoot that she couldn't do Bharat,” Salman said sarcastically. He further continued. "I hope the other movie (Cowboy Ninja Viking) that she has signed, works out. Now that she is engaged, we are happy for her. I hope she gets married soon, has children and lives happily ever after," he added.

Salman Khan recently spoke in detail about Bharat and Priyanka's exit. He revealed she had her reason to leave the project but the film got stuck due to it. He said that if they were aware of it earlier, they would have worked it out. But, she was getting engaged and Salman asked why she had to leave the film for the marriage. Priyanka was needed for 75-80 days for Bharat shoot. In between the shooting dates, pre and post marriage functions could have been done. But, she wanted to leave the project.

Salman Khan further revealed that it was in fact Priyanka Chopra who wanted to work in Bharat with him and she even had called his sister Arpita Khan Sharma several times stating so. Also, she had connected separately with Ali Abbas Zafar and asked him if he could get her a part in the film.

Salman Khan further went on to say that either Priyanka did not want to do the film due to marriage or she did not want to work him could have been the possible reasons for her to quit Bharat. He also thinks she might not even want to work here in Bollywood anymore and wants to work only in Hollywood. In any case, he wished her best for her future endeavours. He said that he was glad and happy about her engagement.

Talking about Katrina Kaif stepping in at the last minute, Salman Khan further said that it was very large-hearted of her to do so. She had to speak with Shah Rukh Khan and work out her dates with him as she was shooting Zero. Salman even praised SRK for shifting the dates as he knows that he is working really hard on the film. Salman Khan even stated that he knows about SRK's work as he has a cameo and has even shot a song.

Also Read : ON THE SETS: Ali Abbas Zafar shares a laugh with Jackie Shroff who will play Salman Khan’s father in Bharat