Well, the lavish Diwali bashes have already started making their way into Bollywood households since last week. After Shah Rukh Khan held a bash earlier on Saturday night, the biggies had another fun party to attend the next day. Shilpa Shetty Kundra hosted a fun casino themed Diwali bash and had invited her industry fraternity for the special day. 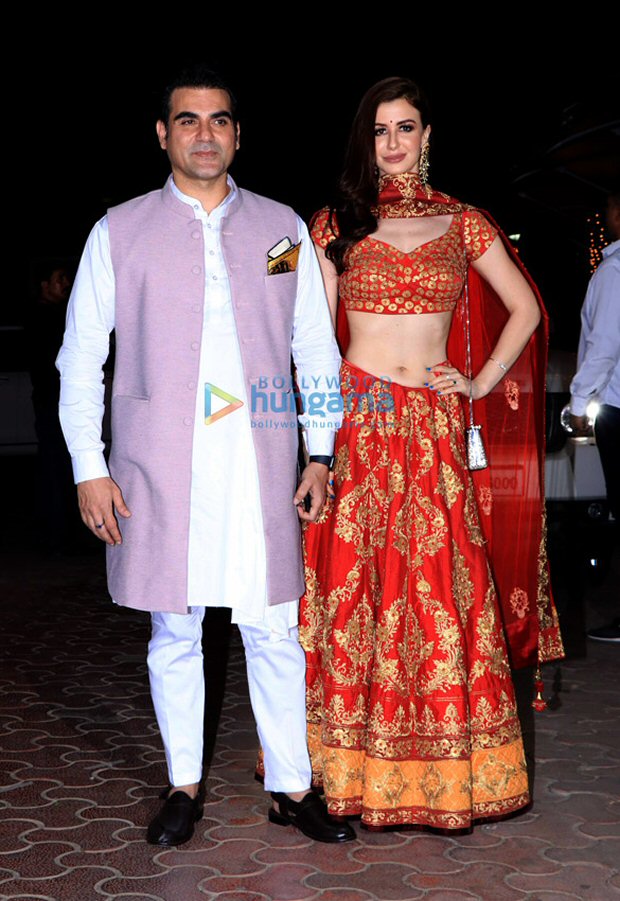 The bash, not surprisingly, saw many guests flock which included sister Shamita Shetty, Karan Johar, R Madhavan, Jacqueline Fernandez amongst others. But what attracted attention the most was the entry of two couples. Arbaaz Khan, after his separation with long time wife Malaika Arora, is now uninhibited about making public appearances with his girlfriend Georgia Andriani. After celebrating Ganesh Chaturthi and Navratri together, the couple yet again grabbed eyeballs at Shilpa Shetty’s bash.

Apart from them, another couple who became a cynosure of lenses was Sushmita Sen and her model boyfriend Rohman Shawl. The actress, who is currently happy being an entrepreneur and doing a few films and exploring other avenues, is yet to make an announcement of her next film.

If reports are to be believed, Shilpa Shetty’s bash had a Hyderabadi spread which included kebabs, biryani and falooda for dessert. The host reportedly also arranged for a breakfast spread for the ones who were there till wee hours. One such person was Salman Khan, who arrived in at the bash at 6am after her completed the ongoing shoot of Bharat.

Preity Zinta was yet another guest who seemed to have had a gala time setting the dance floor on fire. She attended her friend’s bash albeit sans hubby Gene Goodenough. Television stars like Shabbir Ahluwalia, Aamir Ali – Sanjeeda Sheikh, Anusha Dandekar were amongst the ones who graced the occasion. Arpita Khan and hubby Aayush Sharma too attended the bash from the Khan-daan.

Also Read: Shilpa Shetty OPENS UP about rumours of her relationship with Salman Khan