Salman Khan has always been generous towards kids. His Being Human foundation also works towards the welfare of kids in several ways. Recently, a video was doing the rounds of social media in which Salman Khan can be seen visiting a hospital. He reportedly met a child suffering from cancer. 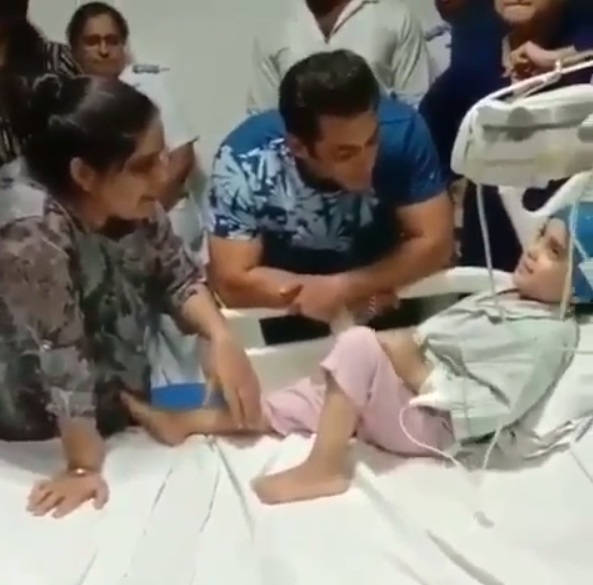 In the video which has been shared by several fan clubs. Salman Khan can be seen interacting with a child named Jaganbir and several others around the hospital bed. He is seen intently listening to the kid in the video. Reportedly, the meet up with the kid took place at the Tata Memorial Hospital. His wish was to meet his favourite actor Salman and it was fulfilled by the actor.

.@beingsalmankhan pays a visit to a kid named Jaganbir who is suffering from cancer | @realbollywoodhungama