Shahid Kapoor was recently seen in his element as he was celebrating his in-laws’ 40th wedding anniversary with family. The actor attended the function with wife Mira Rajput and brother Ishaan Khatter . During the bash, we also got a sneak peek into the fun performances of the Kabir Singh actor and videos from the party have been garnering a lot of attention on social media. 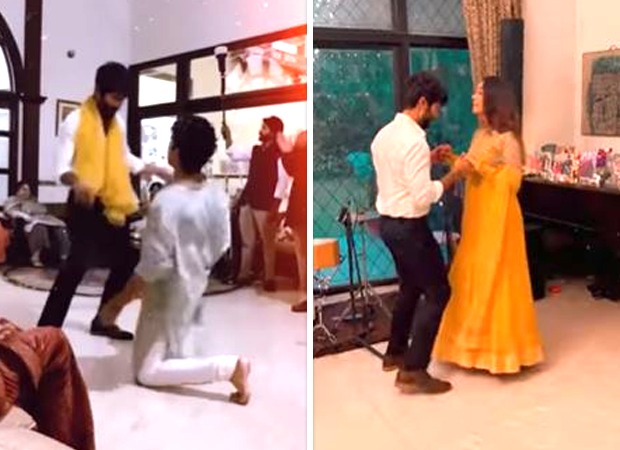 Shahid Kapoor and Mira Rajput shared different videos from the wedding anniversary celebration. Mira shared a video of her and Shahid sharing the dance floor along with another couple as they crooned to the beats of Bruno Mars’ track, ‘Marry you’. Mira also added the romantic lines from the song, dedicating it to her husband, saying, “I think I wanna marry you! ❤️” She also wished her parents on their 40th anniversary saying, “Celebrating 40 years of Mumma and Daddy @rajput_bela @vetaalvikram ???? You guys make us believe in everlasting love ❤️”

Shahid Kapoor also shared a video but this one was with his brother Ishaan Khatter. Considering that both the brothers are also known for their brilliant dancing skills, we could see the two of them grooving in full-on filmy style to the classic Bollywood number, ‘Roop Tera Mastana’, from Rajesh Khanna starrer Aradhana. Shahid was seen dancing with a dupatta with Ishaan energetically matching up to his brother’s moves. The Jersey actor captioned it saying, “We got it from our mama ???? @neliimaazeem @ishaankhatter ????” Mira Kapoor also took to the post and dropped a comment, calling it ‘Bromance’.

Speaking of Shahid Kapoor and Mira Kapoor, the couple rang in their seventh wedding anniversary together in Europe. The couple is also proud parents to daughter Misha Kapoor and son Zain Kapoor.