Shahid Kapoor is currently promoting Batti Gul Metre Chalu with Shraddha Kapoor. The film is about the acute problem of shortage of electricity in the hinterlands of India. The movie is content backed and looks promising. While Shahid is on the cusp of parenthood for the second time, his little brother Ishaan Khatter shared a throwback picture of them together and it is all kinds of cute. It is just not the two brothers but their pet dog too features in it. It looks like this was clicked when Shahid was just starting out his career in Bollywood and Ishaan was a kid back then. The photograph is a timeless piece of memory which both Shahid and Ishaan cherish!

While promoting Dhadak, Ishaan spoke a lot about how he grew up under the watchful eyes of his older brother and the fact that he shares the same penchant for dance like him and their mom Neelima Azeem. Ishaan also regularly went to all the shoots with Shahid and was a permanent fixture on sets with him. He learnt the ropes of acting and performing from him and therefore regards his big bro as his true mentor. He also is an indulgent uncle to Misha and keeps posting pics with her. Check out the pic below. 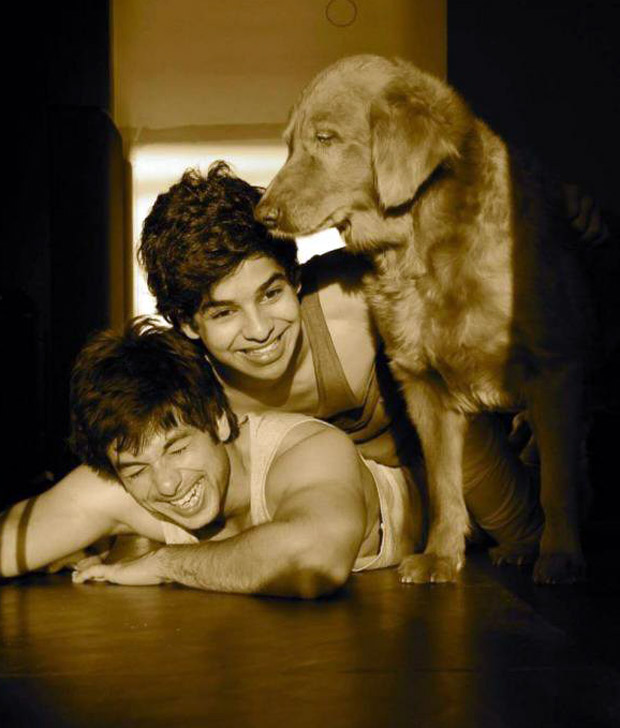 He has appeared in Beyond The Clouds and Dhadak so far and is considered to be a refined actor, already. We still haven’t heard about his future projects. Watch this space for more info on Ishaan!

Also Read: "Batti Gul Meter Chalu is the kind of movie that is significant to people who live beyond Mumbai" - Shahid Kapoor