From taking paternity leaves to spending time with kids, Shahid Kapoor is totally setting up incredible goals for the new age father. And he continues to do with his latest post too. Even though Zain Kapoor’s arrival has just made the family happier, it hasn’t stopped the Kapoor family from showering their love on the eldest born Misha too. It is quite evident in the latest post shared by the doting father on social media. 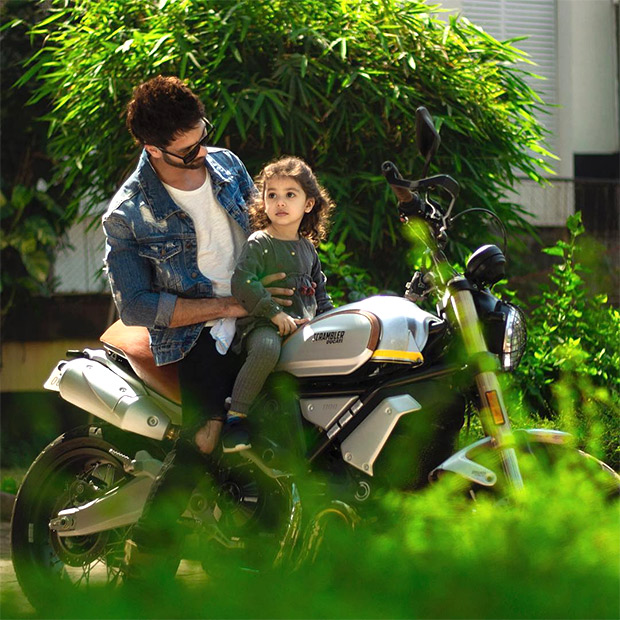 Shahid Kapoor, who has been posting several images from the sets of his next Kabir Singh, shared a picture recently that grabbed our attention. The doting father shared a picture with his young daughter on Instagram where he seems to be gearing up for a bike ride. The actor has his little girl seated on the bike and he captioned this picture saying, “Cause she knows she can do it all better.” Well, the adorable picture will definitely make you go aww!!

Cause she knows she can do it all better.

On the work front, Shahid Kapoor was last seen in Batti Gul Meter Chalu which failed to make a mark at the box office. The actor is currently shooting with Kiara Advani for Kabir Singh, which is directed by Sandeep Vanga. The film is a remake of the Telugu blockbuster Arjun Reddy featuring Vijay Devarakonda. Also, the actor has signed Raja Krishna Menon’s next in which he will play the role of a boxer.

“Life has changed in a good way”, says…