Less than a month remains for the release of Zero and the film is already super hot. As a matter of fact if the film were to release even this Friday, it would still entice audiences in a huge number. However, with three more Fridays to go before the Shah Rukh Khan hits the screens, rest assured it is already finding itself on a very solid platform. 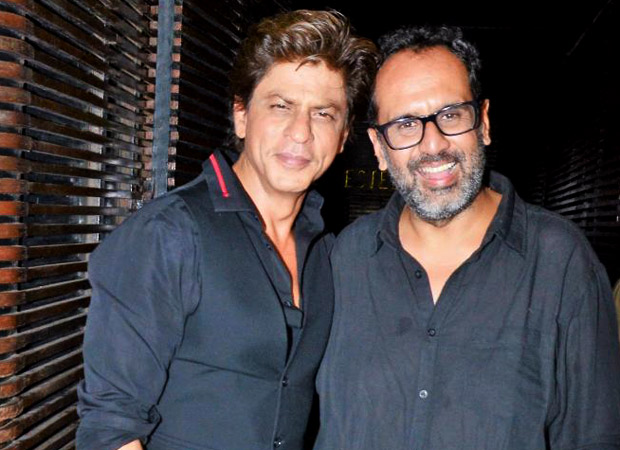 There are two major reasons supporting that. First and foremost the unique nature of the plot with Shah Rukh Khan towering the cast and secondly, the kind of goodwill that Aanand L. Rai carries. Let's talk about both.

The fact that Shah Rukh Khan is playing a dwarf in the film was known for the longest time period. However, to see the character of Bauaa displaying quintessential Khan antics in a filmy set up was something that made audience cheer out loud the moment promo was unveiled. What was pretty much loud and clear was the fact that this character wasn't rooting for sympathy. As a matter of fact he is as 'normal' as it gets, what with his dad Tigmanshu Dhulia taking him heads on and the banter between the two not quite bordering on any sad notions.

As for Aanand L. Rai, the filmmaker has been showing his directorial touch one film after another. From Tanu Weds Manu to Tanu Weds Manu Returns and then Raanjhanaa in between the two, the filmmaker has ensured that not just he is getting better and better when it comes to generating box office moolah, he is also doing exceedingly well as a storyteller. There is this certain honesty that he brings in his characters and that is what makes them likeable and believable. The same pretty much seems to be in the offering when it comes to Zero as well.

No wonder, the film is making just the right kind of noise and there is this great sense of positivity that is surrounding it ever since its promotion began. There isn't a single soul which has anything negative to say about the film, which is a big thing in the current times especially with social media carrying enough power to make or break a film well before its release itself.

So far, there are many who are loving what Zero has to offer, others who are in a wait-n-watch mode and then a select few who perhaps don't really care. However, as long as the distribution of this section of audiences is more towards the former and less towards the latter with none in the category that loves to just rip apart a film, everything is just going perfect for Zero. Unlike a Race 3 where negativity spread like wildfire well before release or Thugs of Hindostan where those in the wait-n-watch mode just thrashed it, Zero is on stable ground.

As for some of the surprises that Zero has concealed from the audiences so far, the wait for some truly explosive stuff is only getting longer. With 21st December still a bit far away, one can't wait to catch what Shah Rukh Khan and Aanand L. Rai have to truly offer in the festive celebrations of Christmas.