Justin Bieber and Hailey Bieber are married, and Selena Gomez once dated Justin Bieber. Naturally, this makes these women mortal enemies, right? Wrong. Due to their individual relationships with Justin Bieber, Hailey Bieber and Selena Gomez have been pitted against one another for years; nevertheless, both ladies have displayed nothing but respect for one another on social media and have no patience for drama. Selena and Hailey finally put a stop to the internet animosity by appearing together at the Academy Museum Gala on October 15 after years of feud rumours and fandom fights. The incident occurs after Hailey's comments on the Call Her Daddy podcast last month on the long-running fan rumours of a supposed conflict between herself and Selena over their relationships with Justin Bieber. After coming separately to the Los Angeles event, the duo was captured in a shot together looking equally stunning. 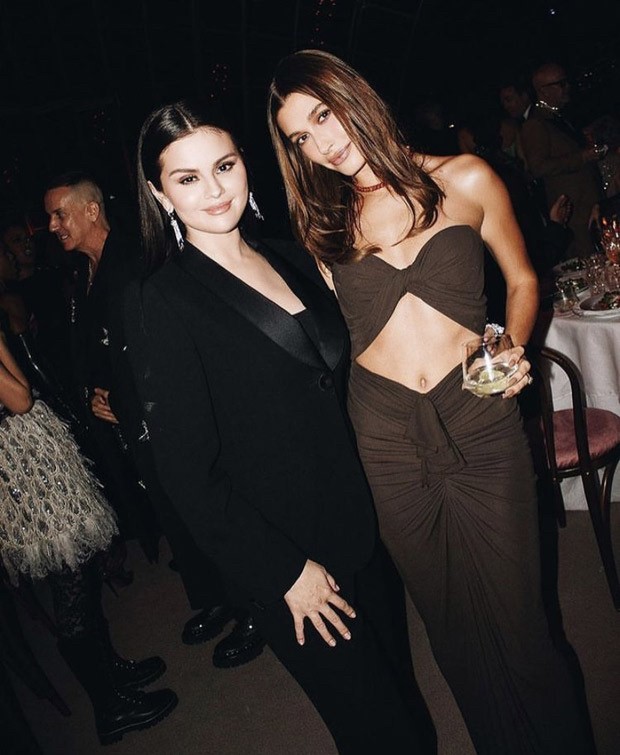 Tyrell Hampton a photographer, took the images, which he then uploaded to Instagram. The girls in the first picture are both glowing in the flash and have their cheeks squeezed together. In one photo from the occasion, the two celebrities can be seen smiling as they go near to one another. Hailey accessorised her evening look with a vintage Tiffany & Co. pendant and a seductive strapless dress from Saint Laurent's spring/summer 2023 collection with a torso cut-out and ruched embellishments. Selena, meanwhile, wore a stylish black suit by Giorgio Armani with satin lapels and flared pants, open-toe sandals, dramatic chandelier earrings, and her mid-length hair tucked behind her ears. 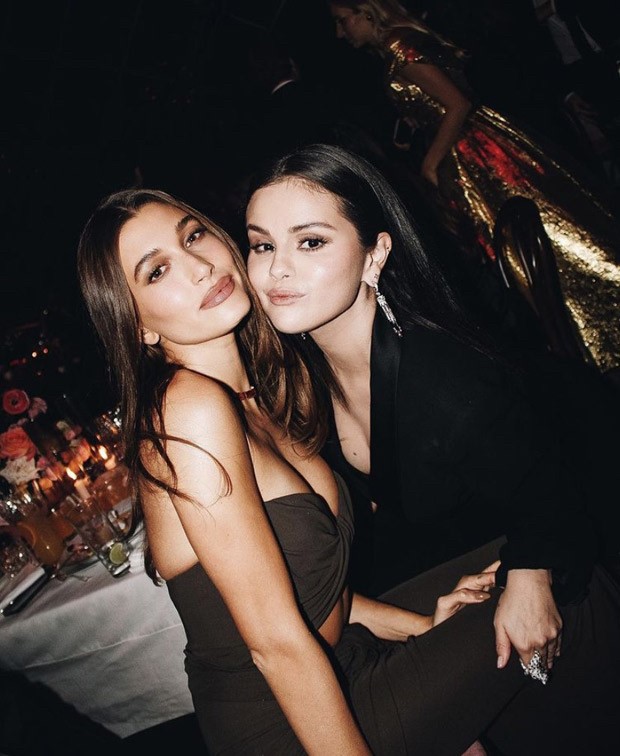 Hailey Bieber could be seen posing with Selena Gomez while sipping a drink in the images that went viral. In one of the images, Selena can even be seen encircling the model with her hands. There seems to be no animosity between Justin Bieber's love interests. 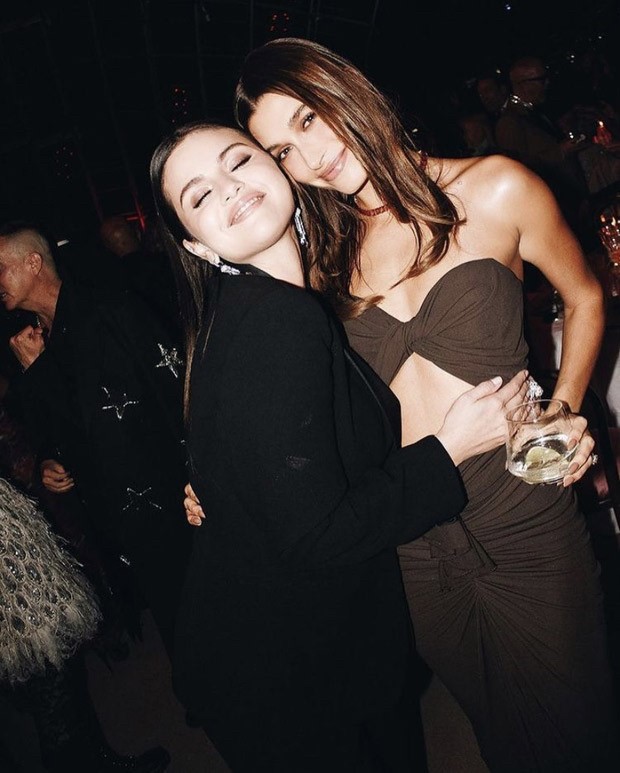 When images of Selena and Hailey surfaced online, internet users erupted in hysteria. Reacting to the image Tyrell posted, an Instagram user wrote, “World peace has been found.” A few others wrote comments like, “This post will go down in history.” Another comment read, “The internet is going to break.” Someone called it ‘Justin Bieber’s new wallpaper'.

Also Read: Selena Gomez gets emotional talking about her mental health in the trailer of Apple TV+ documentary My Mind & Me; says, “I don’t want to be super famous”