Sridevi has left us only at 54. She was at her prime both as a woman and an actor. Her performance in Mom last year proved her steely will to excel no matter what the age. Sridevi was determined to take forward her diva’s image into the coming years. During one of my last conversations with her when I mentioned the forbidden ‘f’ word (fifty) she protested strongly, “No no, don’t even talk about it. I don’t think of my age. Neither should you.” She again requested me anxiously at the end of the interview to not mention her age in the interview.

But someone was counting her years. Bollywood screen divas have a nasty habit of leaving us prematurely. Nutan whom cancer claimed, was only 55 when she left us. Coincidentally she too died in February, like Sridevi. Nutan left behind a legacy far greater than Sridevi or any of the screen legends. 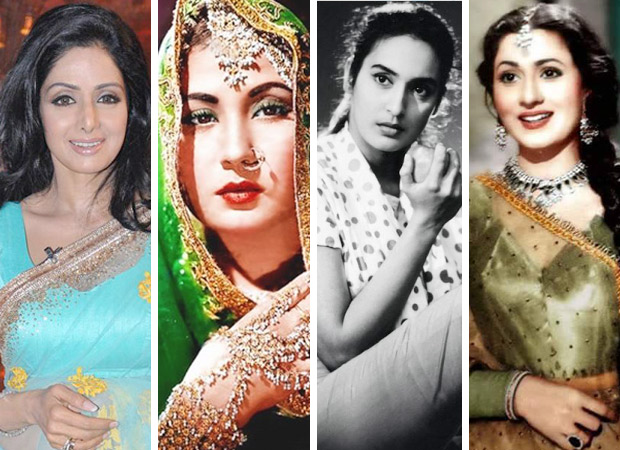 Sad to say, for all her volcanic talent most of Sridevi’s Hindi films are no match to her volcanic talent. Judaai and Chandni in which she was a powerhouse of exceptional skills are blatantly mediocre films. Throughout the 1980s Sridevi excelled in the most atrocious potboilers from the South directed by the likes of T Rama Rao and K Raghvendra Rao.

I once asked her how she managed to be so brilliant in such awful films. Her reply? A giggle. And… “I never discriminated among my roles. To me every film was equally precious and I gave the same respect to all my directors.”

I wonder if the mythical Meena Kumari felt the same. Dd she accord Kamal Amrohi and Guru Dutt who immortalize her in Pakeezah and Sahib Biwi Aur Ghulam , the same respect as Ramanna (Jawab) and Saawan Kumar Tak (Gomti Ke Kinare). We lost Meena Kumari at the age of 39, just a week before the release of Pakeezah. Looking back at her oeuvre I am amazed at how much of her legendary reputation depends on just a few classics. Most of the work she did was unquestionably mediocre. Try watching her in Main Bhi Ladki Hoon or Chandan Ka Palna.

Madhubala left us when she was 36. Her swan song Mughal-e-Azam still has the power to make us swoon. The closest we come to a fitting farewell for Sridevi is English Vinglish a deeply relevant and engaging discourse on the irrational important the Indian middleclass attaches to speaking the English language fluently.

Madhubala’s celluloid legacy boasts of sporadic brilliance in films like Chalti Ka Naam Gaadi, Tarana and the underrated Amar. But her reputation rests largely on Mughal-e-Azam

Which is like saying Agra’s reputation rests mainly on the Taj Mahal.

How many Taj Mahals did Geeta Bali leave behind when she died suddenly of smallpox at the age of 35? Many including me think of Geeta as the precursor to Sridevi. The impish charm the comic spontaneity and the sheer joie de vivre were shared by both the immortal actresses. But did Geeta Bali do any film worth remembering today? Not one of her films has any recall value. Not even Albela which is recalled for the song ‘Shola Jo Bhadke’ and nothing else.

Sridevi luckily is a screen great whose performances in Mr India (incidentally Geeta Bali too did a film titled Mr India), Chalbaaz, Sadma, Judaai, Chandni, Lamhe and English Vinglish will keep us regaled till kingdom come.

But does Sridevi have a single Mother India, Mughal-e-Azam, Bandini, Pakeezah to her credit?