Shruti Haasan made some serious heads turn in the business after she landed a rather interesting role in the currently untitled gangster drama helmed by director extraordinaire Mahesh Manjrekar. The role she essays is believed to be a rather layered one. Shruti is happy to be playing a role like this which she can really sink her teeth into. To be a part of her daughter's exciting new venture and see her in action, veteran actress Sarika was spotted paying Shruti Haasan a visit on the film sets. 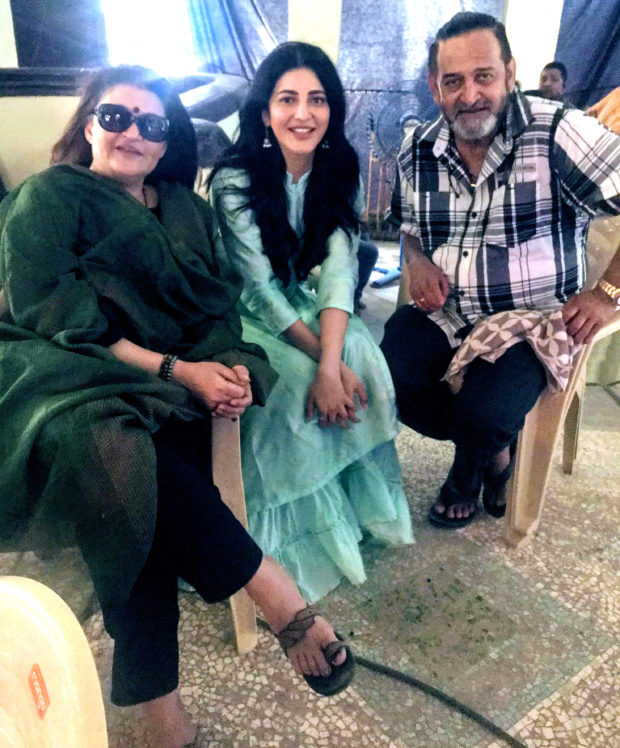 "Sarika ji was really glad to have Shruti expand her horizons as an actor under the guidance of the national award-winning director. Mahesh comes with an immensely powerful and respectful reputation as a storyteller. Seeing Shruti being in such good hands and being given a part so complex that aids powerful performance made Sarikaji really happy", says an on-set source.

The source further reveals how Shruti Haasan was elated to have her mum pay her a visit. "Shruti went around personally introducing her mom to everyone on set. She was really enjoying having her mom around and see her at work. Shruti is herself pretty psyched about this role and she believes it's going to be one that she and her mom will be very proud of."

As reported earlier, Vidyut Jammwal will play the role of an NRI businessman. As he returns to his hometown in Mumbai, he realizes how his world has turned completely upside down. Shruti Haasan plays Vidyut’s love interest and their romance creates more drama between two warring families.

Vidyut Jammwal thinks along with Bollywood,…

Shruti Haasan recollects the day she sang in…