Bollywood actress Sara Ali Khan understands how travelling in Mumbai can be time-consuming and locals are the best options to go anywhere as early as possible. Just a day ago, the actress shared a video on her Instagram where she was travelling by local train in order to save up time. 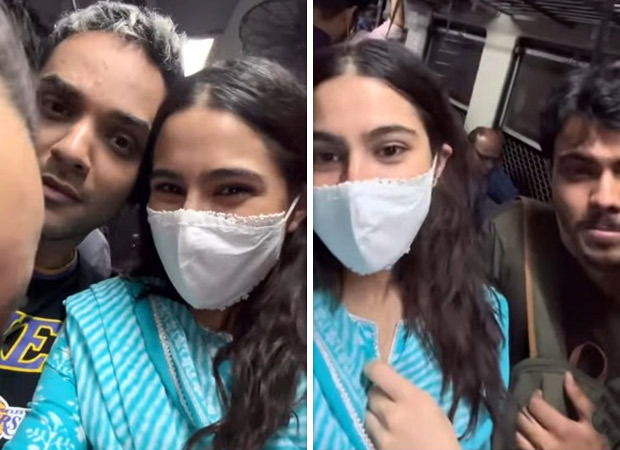 Taking to social media, she shared a video from a local as she travels back home from the shoot of Ae Watan Mere Watan along with some of her known ones. In the video, she said, "Namastey Darshako, jaise ke aap dekh sakte hai we are on a local train, because at this our traffic drives us insane, therefore we are enduring this back pain but no pain, no gain. Now, we are going to go and get a rickshaw from a random lane. See you soon, darshako!" Later, she was enjoying a rickshaw ride with one of her friends.

She captioned the video saying, “Namaste Darshako Today we used our brain Samay ka sadupyog we took a train."

Meanwhile, on the work front, the actress has been busy shooting for Ae Watan Mere Watan. She has wrapped up major portions of three films this year. She will be next seen in Maddock's next opposite Vicky Kaushal, Gaslight opposite Vikrant Massey and Chitrangada. She also has the recently announced Metro...Inn Dino opposite Aditya Roy Kapur is in the pipeline.