With each passing day, the inmates of Bigg Boss 13 keep churning out new controversies with their unruly behaviour towards each other. Things have aggravated to the level that host Salman Khan is now angry with the contestants, especially Paras Chhabra, Shefali Bagga and Siddhartha Dey because of their behaviour in the house. 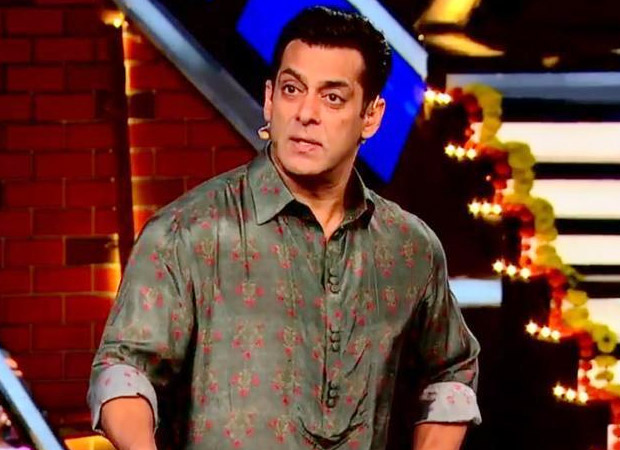 The past week saw a lot of ugly fights between the contestants. Shefali and Siddhartha even passed insensitive remarks on Shehnaaz, saying she touches everyone inappropriately.

In the Weekend Ka Vaar episode, host Salman is seen lashing out at the contestants for their behaviour. Salman Khan first confronts Paras about the statements he made..

"You have complaints against me... 'Yeh Salman sir ka chid-chid zyada ho rha hai'...?" Salman asked Paras. Paras tried to defend himself but Salman scolded him and said everything was evident on footage. “I want to leave this show but I have been hosting it for ten years. I still come every year because I know I can handle you people inside the house,” Salman Khan further said. Salman also reminds Paras when he said that he can pay Rs 2 crore and the contract can go to hell.

He next turned towards Shefali and gave her a piece of his mind. "Will you give Shehnaaz a character certificate?" Salman asked Shefali. He even expressed disappointment, telling her: "Ladki ladki ki respect ni karti hai."

Salman Khan announces that he will be introducing three wild card entrants this weekend. He invites first wild card entry -- Vikas Pathak, better known as Hindustani Bhau. He enters to the song 'Nayak Nahi Khalnayak Hu Main' and calls himself the father of social media.