We all know that Kalank has been the talk of B-town ever since it was announced. The ensemble cast of the film which includes Varun Dhawan, Alia Bhatt, Sonakshi Sinha, Aditya Roy Kapur, Madhuri Dixit, Sanjay Dutt amongst others as well as its grandeur had already generated curiousity. However, the anticipation increased when fans got to know that the popular onscreen couple of the 90s, Sanjay Dutt and Madhuri Dixit were reuniting after two decades. That obviously created a lot of intrigue and in recent media reports, Sanjay Dutt spoke about the same. 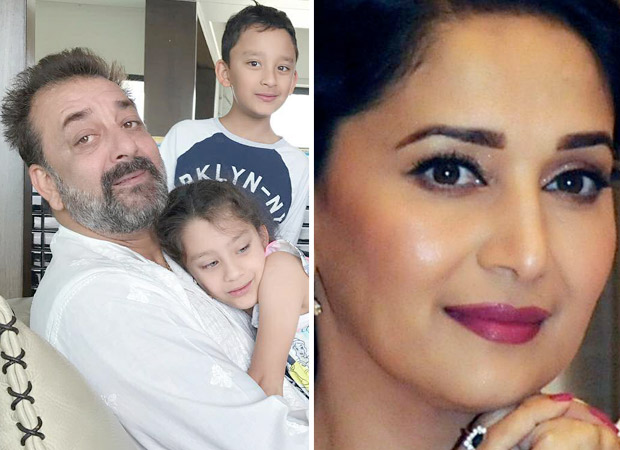 Sanjay Dutt, in latest media reports, expressed his happiness of being associated with a big project like Kalank. Amidst that he also spoke about reuniting with his Khalnayak actress Madhuri Dixit, wherein he maintained that he was nervous initially but Madhuri made it all easy. He was all praises for the actress and applauded her for having a terrific command. The actor also added that they both bonded over their kids. He in fact also mentioned that his kids Shahraan and Iqra met Madhuri when they came to visit him on the sets of the Abhishek Varman film. Readers would be aware that, Madhuri Dixit, who is married to Sriram Nene, has two sons.

On the other hand, Sanjay Dutt also spoke about how late Yash Johar had discussed the story of Kalank when he was doing Gumrah with him which was way back in 1993. Karan Johar had earlier mentioned that Kalank was quite special to him because it was the brainchild of his father and he just wanted pursue his dream and take it to the next level.

Interestingly, the film was initially offered to Gumrah actress Sridevi too who was expected to feature in the role of Bahar Begum. However, after her demise, the role was offered to Madhuri who decided to take over the role.

Also Read: Sanjay Dutt welcomes a new family member and we’re in love with it!

Urvashi Rautela looks stunning in the…