Maanayata Dutt recently took to her Instagram handle to treat Sanjay Dutt's fans with a picture-perfect family photo. Sanjay Dutt looked elated to be spending time with his wife Maanayata and daughter Iqra. 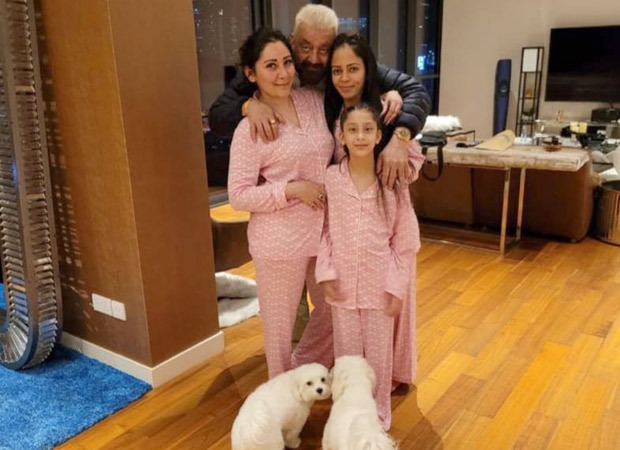 In the picture, the actor can be seen hugging his wife from behind, with their daughter Iqra leaning into them, with one another close family relative. The mother-daughter duo can be seem twinning in adorable pink night suits. The one thing that makes it a 'Picture perfect' snap, are the two adorable furballs who seem to be playing with the family. 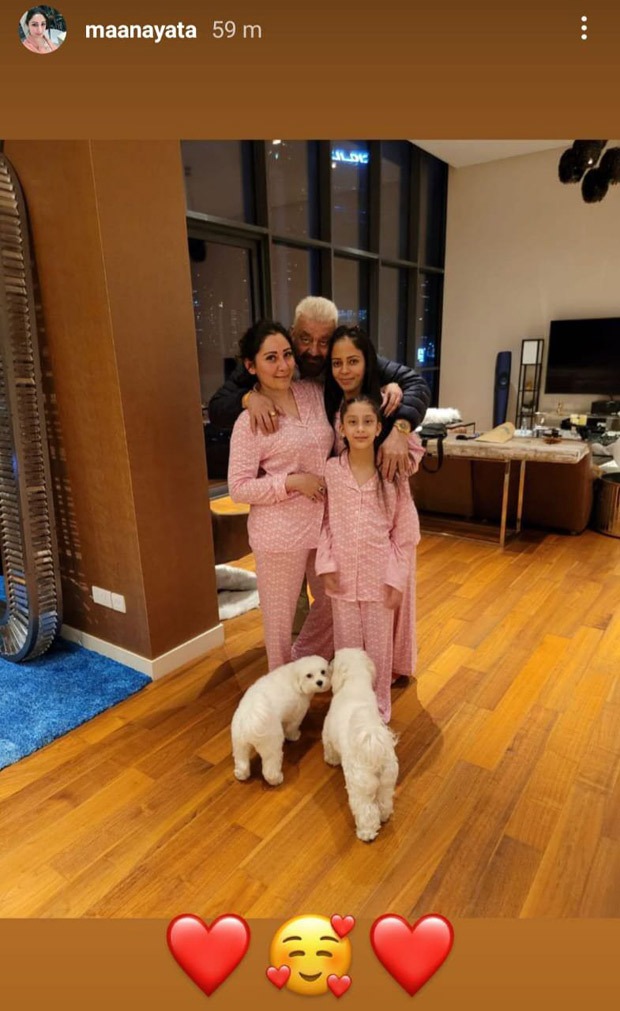 On the work front, Sanjay has quite a vast trajectory of films in his basket. With projects like, KGF Chapter 2, Shamsheraa and Toolsidaas Junior, the audience is very excited to witness the actor's magic on-screen.