Sanjay Dutt is busy working round the clock with his multiple films that are lined up in the future. The actor has recently wrapped up the shooting schedule of Shamshera and will be starting with the shooting schedule of his forthcoming film Sadak 2. The actor is currently enjoying his workspace. Despite having a tight schedule, Sanjay managed to sneak out a little time to be with his wife and two adorable kids. Apparently, with the on-going summer vacation, Sanjay Dutt's wife Maanayata Dutt planned a brief holiday for their twins Shahraan and Iqra to spend quality time together. 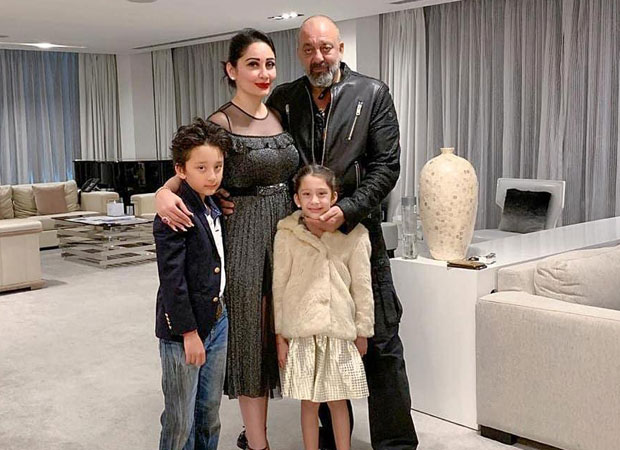 "The destination that has been locked for the fam-jam to unwind in Europe. Although, amidst his choc-o-bloc schedule, Sanjay Dutt has planned a quick getaway for a week and take some time out just to be with his little ones and wife" reveals the source close to Sanjay Dutt.

Interestingly, Maanayata Dutt has planned the entire itinerary herself. It will be after a long time that the Dutt family will be enjoying a vacation together. After, returning back from family vacation Sanjay Dutt will resume the shooting schedule of Sadak 2.

With multiple films lined up, Sanjay Dutt is one of the busiest actors in the business. Big budgeted films like Shamshera, Panipat, Bhuj: The Pride of India, Prassthaanam, Sadak 2 amongst others make a list of his upcoming films.