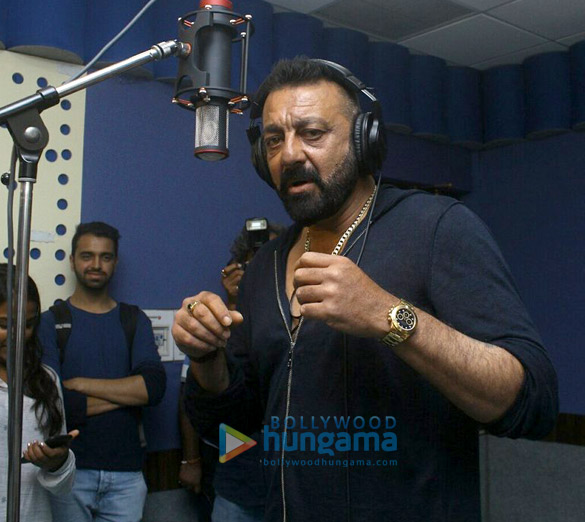 While he is making a comeback on the acting front, Sanjay Dutt has also revived his singing skills. After recording for an aarti for Goddess Durga, the actor now did something similar for Lord Ganesha. Considering that Ganesh Chaturthi is nearing, the makers thought this would be an apt opportunity for the same.

Readers may be aware that Sanjay Dutt has sung some peppy numbers in his previous films like Khoobsurat (1999) and even the Munnabhai series. Now the actor is all set to do this for the action packed Bhoomi but here he is keen on doing religious tracks. Also, despite the fact that the Lord Ganesha aarti wasn’t a part of the album, reportedly, Sanjay Dutt insisted on having it since he is a devotee. The makers too agreed with him owing to the fact that the film releases only a couple of weeks after Ganesh Chaturthi.

Interestingly, while the music for the said Ganesh aarti was supposed to be composed by Sachin-Jigar, we now hear that a new music director has been roped in for the same. Recently, we also spotted Sanjay Dutt recording for the aarti quite enthusiastically at a studio in Andheri, suburban Mumbai.

As for the film Bhoomi, it traces the relationship between a father and a daughter and also features Aditi Rao Hydari in a prominent role. It is slated to release on September 22.