The preparations to bring in the 50th year for India’s Premium Production House, Yash Raj Film has begun in full swing with Aditya Chopra working towards locking the film slate of the studio and another team working with renowned actors of Bollywood for a special interview. According to our highly placed sources, YRF is looking to announce their MEGA-SLATE of releases in April with superstars like Salman Khan, Shah Rukh Khan, Hrithik Roshan, Katrina Kaif, Deepika Padukone, Ranveer Singh to name some. 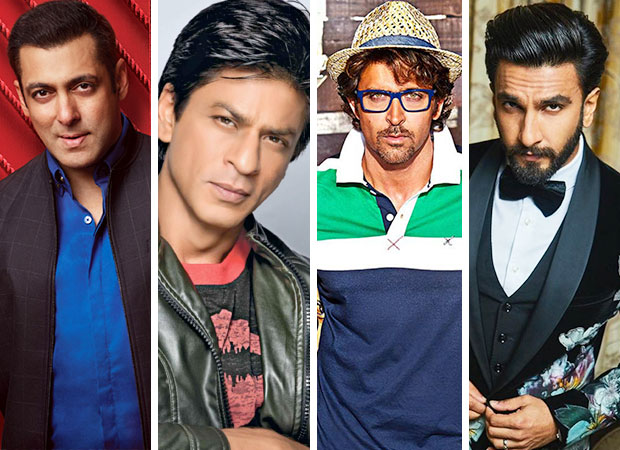 “The announcements aside, they have also got the actors on board for an exclusive interview. Right from Salman to SRK and Hrithik to Katrina and Deepika, have special messages recorded for the studio talking about their experience of working with them, remembering the studio pioneer Yash Chopra and as also talking about their next fruitful association,” revealed a source close to the development adding further that the entire plan has been titled “Project 50”.

Buzz is, Salman has given his go ahead to the third installment of his successful Tiger Franchise which will go on the floors from February next year. Shah Rukh Khan, on the other hand, will be seen in Sidharth Anand’s next action entertainer, which rolls sometime this year. “These two are massive big budget action films, and Adi Chopra is leaving no stone unturned to make these the biggest films for the two superstars,” the source added. Adi wanted Aamir Khan on board too for a film. “But the actor was reluctant to sign on for a film as his calendar is already occupied, however he has already done a promo shoot for YRF,” the source added off.

Deepika Padukone is also in talks for a big film with the studio, however details have been kept under wraps. For Katrina, is Tiger 3 wherein she gets back to the character of Zoya. “The biggest female superstar in last 30 years, Madhuri Dixit too has given an exclusive interview recalling her big blockbusters with YRF.” With so much buzz around YRF Project 50, we just can’t wait for the official announcement.

Also Read: In a first, Yash Raj Films directed to pay Rs 10,000 to consumer who felt deceived because of exclusion of a song from the Shah Rukh Khan starrer Fan