Shah Rukh Khan and Salman Khan are all set to share a stage again and we can’t help but feel all excited for it. For one, whenever these two have come together, they have created history. SRK has used Salman Khan’s controversial reality show platform to promote his movies and it won’t be any different this time. It is touted that SRK will come on one Weekend Ka Vaar episode and he will be seen promoting Zero with Salman. We won’t be surprised if Salman plans special something for King Khan because the stories of their friendship are legendary anyway.  Salman launched teaser with Shah Rukh Khan for Zero and also did a special appearance for him. Also, he was the one who persuaded a community of individuals who are especially abled just like SRK’s character Bauua Singh in the movie, to promote Zero. So, it is only logical that Bhai would give SRK’s Zero footage on Bigg Boss 12 platform. 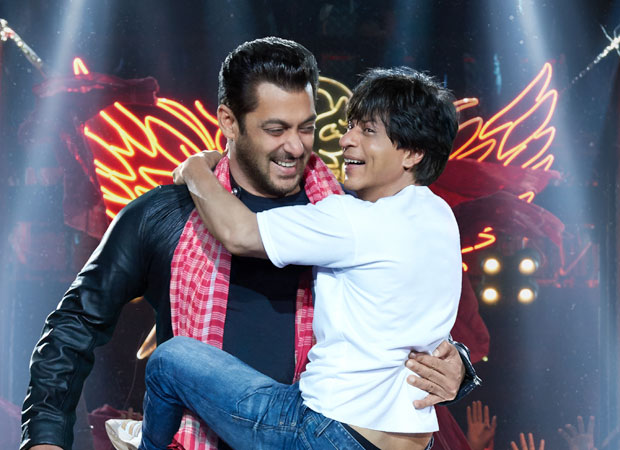 Zero releasing on December 21 is a very important film for Shah Rukh Khan and he is cashing on the Christmas vacation to make sure that his labour of love is well received. He is attempting something very different this time around. He will romance Anushka Sharma and Katrina Kaif in the movie after Jab Tak Hain Jaan. Salman, on the other hand, is busy with Bigg Boss and Bharat which has Katrina Kaif in the lead.

Shah Rukh’s presence on the Bigg Boss platform will contribute to the TRPs of the show. This season has not been great, viewership wise and the makers are clearly pulling out their big guns to ensure that they get all the eye balls.