Priyanka Chopra is having the time of her life in Amsterdam whilst on her Bacholerotte trip with her bride squad. Parineeti Chopra, Isha Ambani, future sister-in-law Sophie Turner among others joined the bride squad for the celebrations. As the bride and groom will follow both traditions for the wedding, Parineeti Chopra is super pumped about the 'joota chupayi' aka shoe hiding tradition. 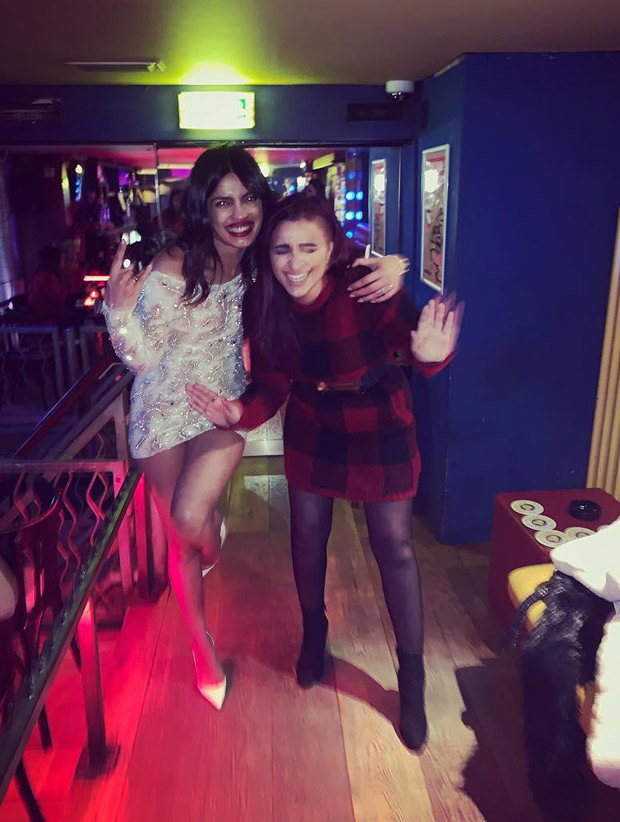 In an exclusive interview with Bollywood Hungama, Parineeti Chopra had earlier said that she is negotiating a deal to get about Rs 37 crores aka 5 million dollars from him! "I was sitting with Nick and told him that 'we have to lock in our final amount'. I demanded 5 million dollars to which he responded by saying 'I’ll give you 10 dollars'. So, one can understand that the proper amount is a bit difficult but I am gonna demand a lot of money because I have to be his favourite sister-in-law," she said.

Parineeti Chopra shared a candid picture with big sister Priyanka from her Bachelorette trip. Groom-to-be Nick left a comment on the picture mesmerized by his fiance, “Wow she is so beautiful. Any chance you could introduce me?” Parineeti agreed to do so but once again demanded something in return. “She is very hard to get! But I can try for you, if you agree to pay the 5 million dollar shoe hiding fee!" she replied to her to-be brother-in-law. 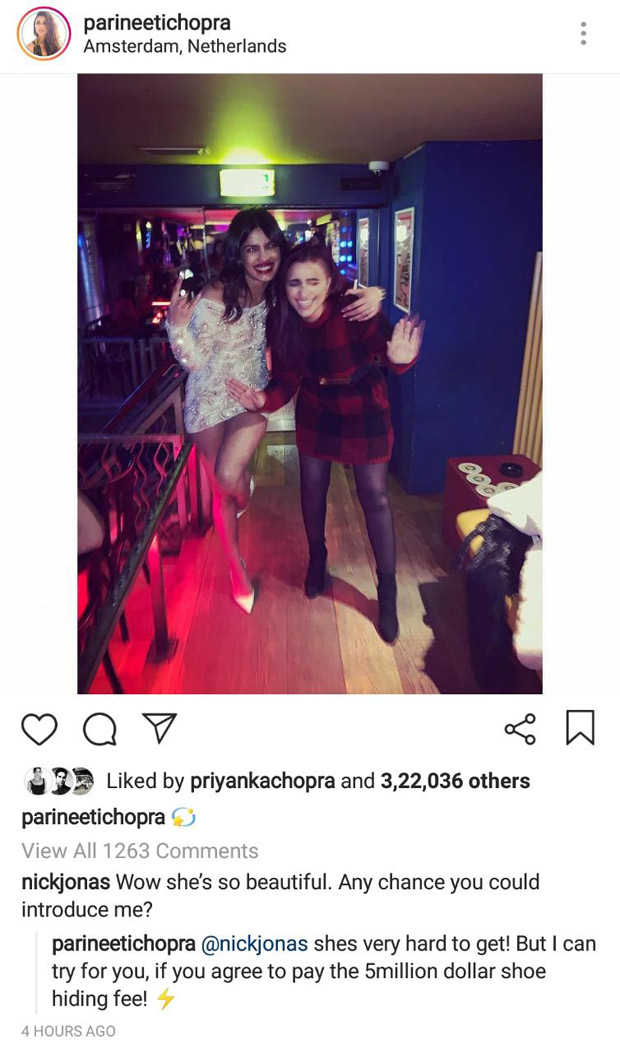 Priyanka Chopra and Nick Jonas will reportedly tie the knot following both the traditions in the month of December. Reportedly, the Indian style wedding will take place at Jodhpur’s Mehrangarh Fort.