Salman Khan is known to be a fitness enthusiast. The actor works out hard to stay in shape and tries new routines to make his fitness lifestyle fun. Just a day ago, Salman unleashed his super strength with an insane workout video. Now, he has shared another set of video and photo where he is flaunting his chiselled body. 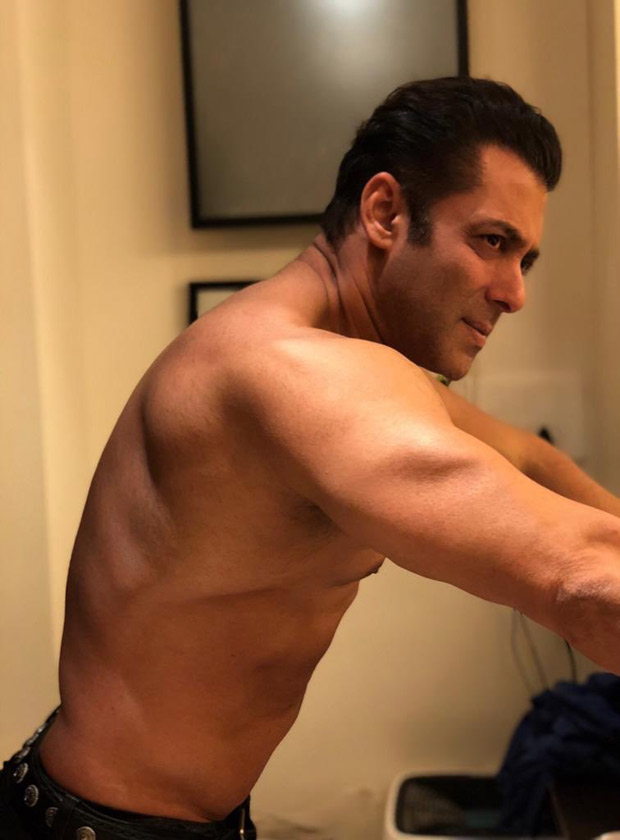 Salman Khan shared a video from his fitness training. During the leg day, the actor is seen working out with his trainer and also revealed interesting detail that 'Being Strong' equipments have been installed in over 100 gyms in the last two months. Earlier this year, it was revealed that India’s largest fitness equipment company- Jerai Fitness Pvt. Ltd. launched the equipment brand Being Strong. He captioned the video, "It’s not only about being strong but being flexible too . . Being strong equipment now installed in  over 100 gyms in last 2 months."

It’s not only about being strong but being flexible too . . Being strong equipment now installed in over 100 gyms in last 2 months @beingstrongindia @jeraifitnessindia

He shared a photo of himself striking a pose shirtless and flaunting his muscular body. He wrote, "Woh mere peche wire kis cheez ka hai . . Can u guess pls?"

Meanwhile, Salman Khan is soaring high with the blockbuster success of Bharat. Now, he will be next seen in Dabangg 3 which is set for Christmas 2019 release.

ALSO READ: SUPER STRENGTH UNLEASHED! Salman Khan proves how secure his security guards are with him