The seventh season of Celebrity Cricket League kick-started on Wednesday, February 27, at Sector 16 stadium in Chandigarh and it was a star-studded affair. Salman Khan, Bobby Deol, Badshah, Urvashi Rautela, Riteish Deshmukh, Jasbir Jassi, Daisy Shah, Suniel Shetty, Saqib Saleem were amongst the celebrities who celebrated their win with full pomp and show. 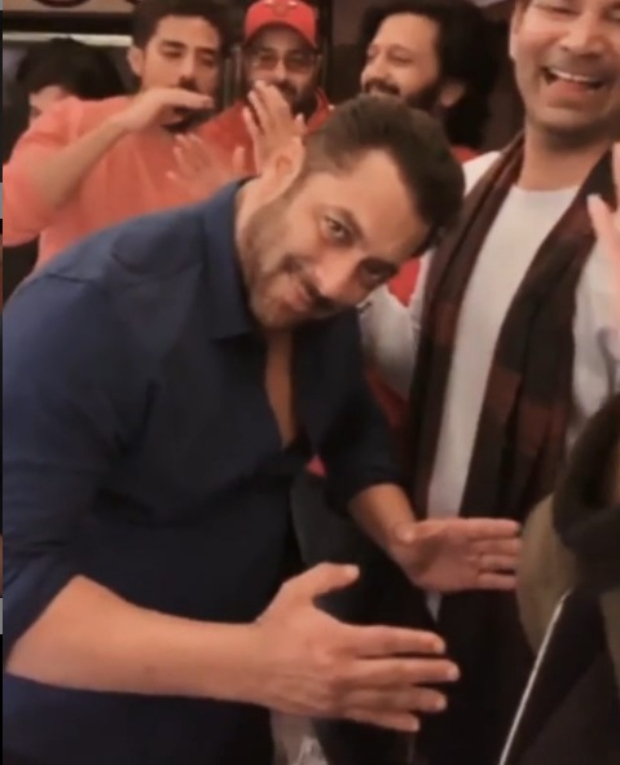 Bobby Deol shared a group photograph after the win and wrote, "Played hard and partied harder!! #cclt10 #chandigarh #team #cricket #aboutlastnight." Salman Khan was absolutely enjoying the night with all his friends as he was seen dancing and grooving on 'O O Jaane Jaana' and 'Gur Naal Ishq Mitha' among others. Jasbir Jassi and Kamaal Khan entertained the guests with their hit numbers while Salman Khan enjoyed it to the fullest. Bobby Deol even danced on 'Yamla Pagla Deewana' track.

On the work front, Salman Khan has been busy completing his next project Bharat starring alongside Katrina Kaif. Directed by Ali Abbas Zafar, the film is set for Eid 2019 release. Riteish Deshmukh is currently seen in Total Dhamaal. He will also star with Bobby Deol in Housefull 4.