One of the most eligible bachelors of Bollywood Salman Khan sent Twitter users into a frenzy when he uttered those four words, “Mujhe ladki mil gayi.” So, it turns out that Salman Khan was talking about his upcoming production Loveratri and they have found the lead actress for the same. 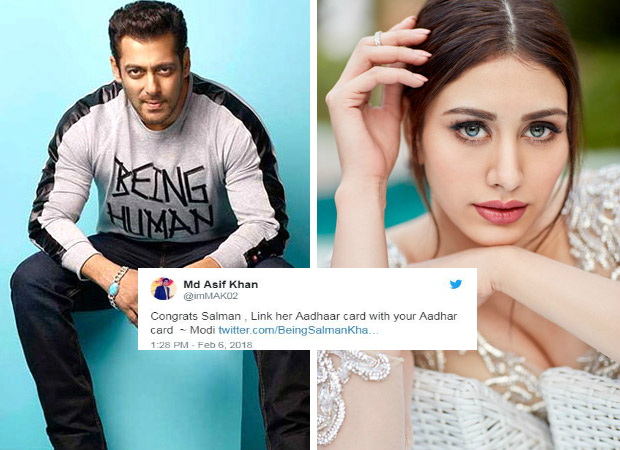 While the announcement of the actress came two hours after his first tweet, Twitterati had the most hilarious reactions. Some poked fun at him for finally finding the girl whereas others trolled him.

Congratulations to you and Karan Johar for valentine's day

Loveratri will mark the directorial debut of Abhiraj Minawal. Meanwhile, on the work front, Salman Khan recently wrapped up the Mumbai schedule of Race 3 which is scheduled for Eid 2018 release.