Sonam Kapoor and Anand Ahuja are truly the toast of B-town! Though the Veere Di Wedding star has never spoken about her relationship with Anand to press, her Instagram pictures are an enough testament to this blossoming love story. We have seen the love birds holidaying together mostly in London and they make their affection too obvious with a lot of PDA on social media. We had exclusively given away details of their wedding a few days ago too! Well, Sonam too seems very gung-ho with her upcoming wedding and her latest profile picture says it all. 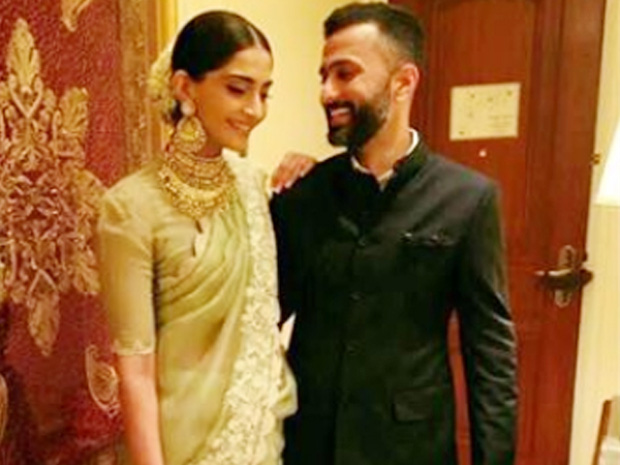 The Pad Man star has put her DP with Ahuja giving us a very ‘wedding like’ vibes! Well, looks like there is no looking back for this cute couple. We definitely would like to see them happily married soon. Sonam will release her film Veere Di Wedding in June and as per sources close to the actress, she is set to get married later that month.

A family friend told Bollywood Hungama, “They are planning a June wedding for Sonam Kapoor and her boyfriend Anand Ahuja,” adding that there would be an intimate engagement ceremony prior to it. The source further said,” Nothing is official as yet. But this is what we’ve heard. Sonam is very sure of her feelings for Anand. He is a very sorted boy and he cares deeply for Sonam. He looks after her like caring husband. Anil was initially unsure about Anand, like all fathers are about their daughters’ boyfriends. With time, Anil and his wife Sunita have accepted Anand as part of their family. Sonam’s brother Harshvardhan is also very comfortable in Anand’s company.”

Now are you all set for a big fat Punjabi wedding? Watch out this space for more news!