1995 - This was the year when Sanjay Dutt came on board for Sajid Nadiadwala's Andolan.

2019 - This is the year when Sanjay Dutt would be seen in Sajid Nadiadwala's Kalank.

In 24 years, a lot has changed though. Back in time, Sajid Nadiadwala was just starting as a producer, what with only a couple of films behind him. While Zulm Ki Hukumat [1992] was a biggie with none other than Dharmendra and Govinda leading the cast, Waqt Hamara Hai [1993] was the next in the line that was top-lined by 'newcomers' Akshay Kumar an Suniel Shetty. 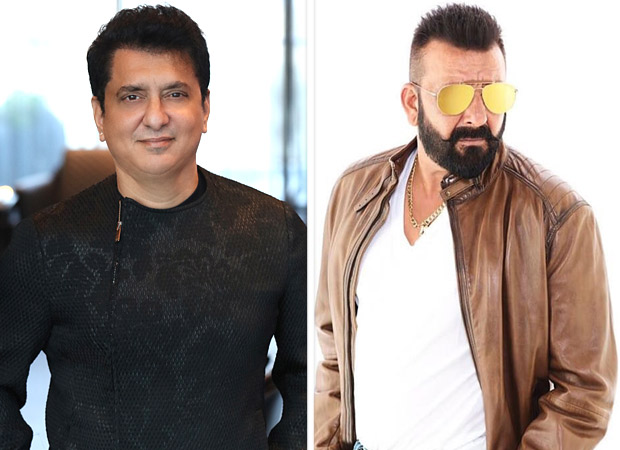 "This is the reason why it was a big deal in itself when Sajid Nadiadwala roped in Sanjay Dutt for Andolan," says a trade expert, "After all, it had Sanjay Dutt as well as Govinda coming together in a single frame. Both were at the top of the game, Moreover, Mamta Kulkarni, who were much in demand then, only made the film further special."

However, in years to come, the actor and the producer didn't come together for a film.

"That is happening now with Kalank and from being an angry young man in Andolan, Sanjay Dutt is now a sorted old man in Kalank. It is a remarkable transition in fact and also well reflects the passage of time between the two films," an observer comments, "By the look of things, it is going to be a good enough comeback affair for the producer-actor 'jodi'."

This is pretty much expected as well, considering the fact that Karan Johar, who has produced the film with Sajid Nadiadwala, has history too with Sanjay Dutt.

"In his Agneepath [2012], Sanjay Dutt had enjoyed the role of his lifetime as he played the iconic part of Kancha Cheena. The Hrithik Roshan starrer had Sanjay Dutt as the key baddie and he went on to win quite a few accolades there. Same can't be said though for Ungli [2014] where Sanjay Dutt stepped into a Dharma Productions film again which went completely unnoticed," the observer continues.

Nonetheless, now that Sajid Nadiadwala and Karan Johar have joined hands for Kalank, the film is set to provide a solid enough platform for Sanjay Dutt to excel. As the senior most cast member of the multi-starrer, the actor is expected to make the part of Balraj Chaudhry special indeed. That is required as well, considering the fact that audiences have a lot of love for him, and Karan as well as Sajid are expected to have reserved nothing but the best for the actor.