Last Updated 11.08.2020 | 10:25 PM IST
feedback language
follow us on
Home » News » Bollywood Features News » Bollywood News Katrina Kaif is all smiles as she posts a still from Bharat, 10 days prior to the trailer launch

The favorite on-screen couple, Salman Khan and Katrina Kaif, will be seen in Ali Abbas Zafar’s upcoming film titled Bharat. The trailer of the much awaited film comes out in 10 days and Katrina Kaif has blessed us with another still from the movie. The movie has already created quite a buzz in the audience, especially because it stars Salman and Katrina. The audience has never shied away from showing how much they love this pair and Ali Abbas Zafar has decided to cast them together for the third time in his movie. 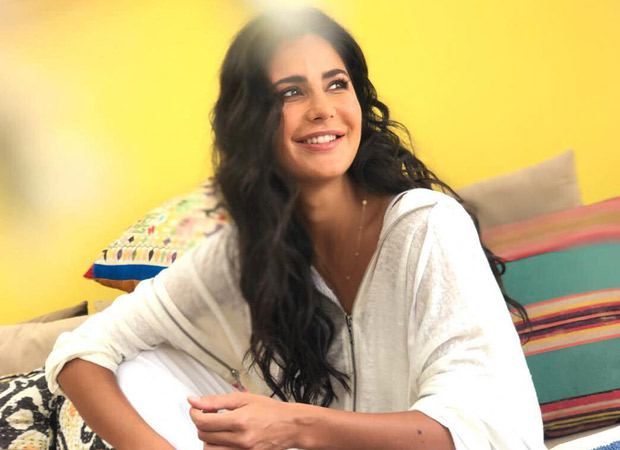 Bharat will have Salman Khan don the look for a man aged from 18 years to 60 years. Just today the makers revealed the first look of Salman Khan as an old man. He will be seen playing the role of a Navy officer. In the still Katrina posted, she is seen wearing a green coloured saree and is totally rocking the curls like never before. We have usually seen Katrina Kaif with straight hair in most of her movies and now, for Bharat, she has experimented with her look and looks absolutely gorgeous in it. She is also seen wear a tiny bindi on her forehead and has lightly kohled eyes.

Take a look at the still.

Bharat is slated to release on Eid this year and the trailer will be launched n 24th April and will later be screened before Avengers: Endgame. How do you like Katrina Kaif’s look in Bharat? Do let us know.

Also Read: Throwback Thursday: This picture of Katrina Kaif posing in front of a wallpaper, is every 90s kid ever!