After a sort of dry period in Bollywood, the upcoming week seems exciting. After all, the Hindi biggie Kalank is all set to release. Co-produced by Karan Johar’s Dharma Productions, it is a multi-starrer which has Varun Dhawan, Alia Bhatt, Sanjay Dutt, Madhuri Dixit-Nene, Aditya Roy Kapur and Sonakshi Sinha as leads. It’s one of the major films to look forward to and releases on a Wednesday to capitalize on the partial holidays of Mahavir Jayanti on April 17 and Good Friday on April 19. And as it happens during the biggie season, the prices of the tickets will be increased for this biggie. The exhibitors were anyways ready for it but they got astonished when Dharma Productions along with Fox Star Studios demanded that the rates should be 10% more than that of Thugs Of Hindostan, the last biggie that had asked for skyhigh prices. Theatre owners feel a film like Kalank is not that huge in terms of buzz and shouldn’t be asking for such prices. 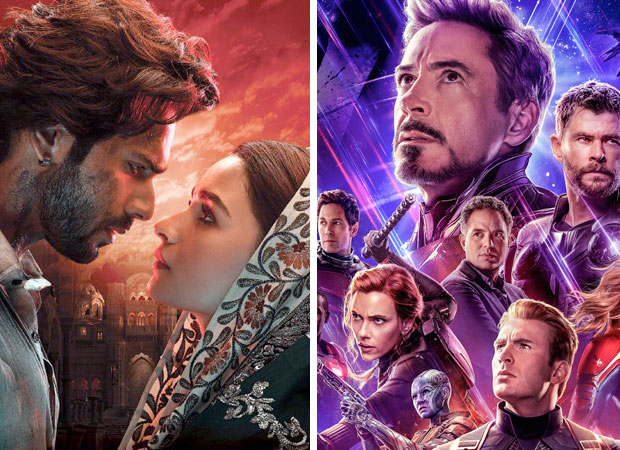 Manoj Desai, executive director of G7 Multiplex in Mumbai, popularly called as Gaiety-Galaxy cinema complex, fumes, “Yes I have got this said directive and I just don’t understand what the makers are trying to prove with these diktats. I don’t want to lose out on the film and hence, I have just hiked the price by Rs.10, that too, for 9 days, from Wednesday April 17 to Thursday April 25. From Friday April 26 onwards, Kalank will be played at the normal rates – that is, Rs. 110 for stalls and Rs. 140 for the balcony. We have mentioned at the ticket window too that the increase in rates is only for the extended first week.”

The other theatres won’t be able to similarly and simply hike prices by Rs. 10 it seems and will have to adhere to the demand. Still, the theatre owners are in talks. Prashant Solanki, General Manager of Cine Park, Valsad, admits that negotiations are on. Vishek Chauhan, owner of Roopbani Cinema in Bihar, also confirms that he has got the directive. But he adds, “They haven’t mentioned anything about Thugs Of Hindostan. What they said is that we should keep the rates of Kalank at 10% more than the ‘blockbuster prices’. They have also made it clear that discounted prices should not be allowed.”

Is Kalank really that huge that it can make such demands? Not, according to Vishek. He reasons, “I don’t think a film like Kalank needs to go above blockbuster pricing. It doesn’t have that kind of pedigree. Blockbuster pricing is fine but anything more than that is not fair. Varun Dhawan and Alia Bhatt are the main attractions. They have given hits like Humpty Sharma Ki Dulhania, Badrinath Ki Dulhania etc. Then the makers used to keep the ticket prices at normal rates. Aur abhi Varun Dhawan Salman Khan aur Aamir Khan ki category mein nahi gaye hai (Varun cannot be placed in the category of Salman and Aamir Khan yet). Moreover, the buzz for the film isn’t extraordinary either. With the prices they are asking, they are trying to put Kalank on the level of Baahubali.” Trade analyst Atul Mohan however has a contrary point of view, “It’s a big film after all, comprising ensemble cast and lavish sets. So it’s natural for producers of big films to ask for high ticket prices.”

Some exhibitors are worried that such insane rates might drive patrons away from theatres and that’s the last thing they want at a time when footfalls are depleting. Prashant Solanki explains, “We have not agreed yet to the demand for Kalank because Thugs Of Hindostan was a box office disaster, despite the hike in prices. Secondly, Thugs Of Hindostan had released on a major festival like Diwali. And Mahavir Jayanti and Good Fridays are not really counted as a holiday here in Valsad. It can be considered in metros.” He further explains, “It is due to the insane increase in prices that Thugs Of Hindostan bombed. Viewers were hesitant to see the film after the reviews were out. I believe that even if a film is weak or have a negative word of mouth, it can still get a good amount of footfalls if the rates are reasonable.” Prashant however is open to increase in prices, ut terms and conditions apply. “We don’t mind keeping the rates that we had for Simmba, which is 10% less than what we charged for Thugs Of Hindostan”, he affirms.

Vishek Chauhan disagrees here as he says, “In my honest opinion, audience doesn’t really care over a 10% hike. Cinema now is a rich man’s medium than a poor man’s medium. All the multiplexes being opened nowadays are plush. And if I want to see Kalank at any cost, I won’t mind if the ticket rates are Rs. 400 or increased to Rs. 450. Have you heard anyone complaining that he didn’t see a particular film because they increased the prices from Rs. 300 to Rs. 330? Those who say cinema is price-sensitive, I don’t agree. It doesn’t really play a factor in cinema pricing anymore. The desire to watch the content is more important than anything else. So if Fox and Dharma feel prices should be increased to such a level, I don’t think it doesn’t really make a difference. What these studios should consider is the demand for the film.” He further adds, “When Salman Khan’s film arrives on Eid, the demand at times is so huge that if the ticket price if Rs. 150, people will be ready to buy it even at Rs. 500. Remember how premium black marketing used to work? So pricing is irrelevant; demand is more important.” Atul Mohan agrees as he says, “If somebody wants to see Kalank, whether the price is Rs. 300 or Rs. 350 doesn’t matter. On the other hand, if the ticket price is slashed to Rs. 100, those not interested will still not venture out.” 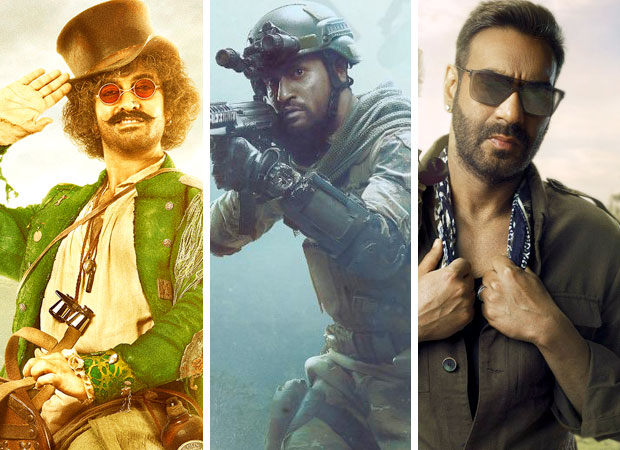 Prashant Solanki then makes two more important points – Firstly, a pan-India increase in prices doesn’t work and secondly, each big film asking for price hike can be catastrophic. He emphasizes, “What the distributors are demanding these days is very unrealistic. You can’t uniformly ask for price hike in my property in Valsad and also in big cities like Ahemdabad, Vadodara and Surat. These major centres have viewers whose spending power is more than in Valsad. Also, a yearly 10% hike is considerable. But we can’t increase ticket prices by 10% for each film. Right now, they want ticket prices for Kalank to be 10% more than Thugs Of Hindostan. Then for Avengers: Endgame, we’ll be asked to increase it by 10% more. Bharat makers during Eid might make a similar demand. It’s nothing but internal dispute among studios to prove their power and worth. Instead, why not make a good product? Uri: The Surgical Strike collected Rs. 245 crore at normal prices. Total Dhamaal, similarly did a business of Rs. 150 crore. If product is good, huge business is guaranteed. Then why go for price hike?

The year 2019 started off very well with the first two months comprising of very successful films. But since March, the business has dipped. Only Akshay Kumar-starrer Kesari worked while the rest bombed. In such a scenario, it seems theatre owners will be ready to accept the diktat. Manoj Desai explains, “I didn’t screen PK, where I was forced to inflate rates, and I ended up incurring losses of Rs. 22 lakhs. Then I tolerated but this time, I can’t suffer again as off late, quite a few films have not done well.”

What the exhibitors however fear that the Hollywood biggie Avengers: Endgame, arguably the most exciting film of the season, releases a week after Kalank and they might similarly demand for prices that might be unreasonable to another level. While most exhibitors claimed they haven’t been approached by Disney-UTV, the distributors of the Hollywood biggie in India, regarding the ticket prices, Manoj Desai shares a shocking fact and makes it clear that he won’t be screening it. He says, “UTV waale pagal ho gaye hai! (UTV people have gone mad) They are compelling me that the minimum ticket price of Avengers: Endgame should be Rs. 250! And I have refused. But then I can’t do the same with Kalank. So I agreed to increase the price by Rs. 10. Otherwise, I don’t allow rates to be hiked by even one rupee.”

While trade is divided over whether Kalank’s buzz is huge enough to be asking for inflated rates, when it comes to Avengers: Endgame, everyone is on the same page. Vishek Chauhan sums it up, “Avengers: Endgame deserves any kind of pricing. I haven’t seen such a crazy demand for a film in recent times. It is unbelievable that a Hollywood film in rural areas and even in my city has such a pull. If I open the advance booking for it today, two weeks before release, the shows will get sold out in no time. It is reminiscent of the Baahubali craze.”

While it is being said that all theatres and multiplex chains have been asked to hike prices for Kalank, Kamal Gianchandani, CEO, PVR Pictures, claims, “Not true” when asked if he has got any such directive. Spokespersons and authorities of other major multiplex chains were not available for comment or refused to make a statement.

Also Read: Madhuri Dixit says she has learnt a lot from her Kalank co-stars Alia Bhatt and Varun Dhawan