Saif Ali Khan is one hell of a doting dad and does not leave a single opportunity to spend time with his sonny boy Taimur Ali Khan. He is a committed and an experienced dad which of course works in the favour of the couple. Both Saif and Kareena take turns to make sure that they are with their baby. On many occasions, Taimur accompanies his mommy on shoots at studios too. Over the weekend while Bebo was away on a gym run, Daddy Saif took Taimur to a badminton court and made him try the sport! He was seen teaching Taimur hold the badminton racket and the shuttle cock and his baby too showed immense interest in the same! They bonded over a game of badminton and the pictures are too cute to be missed. 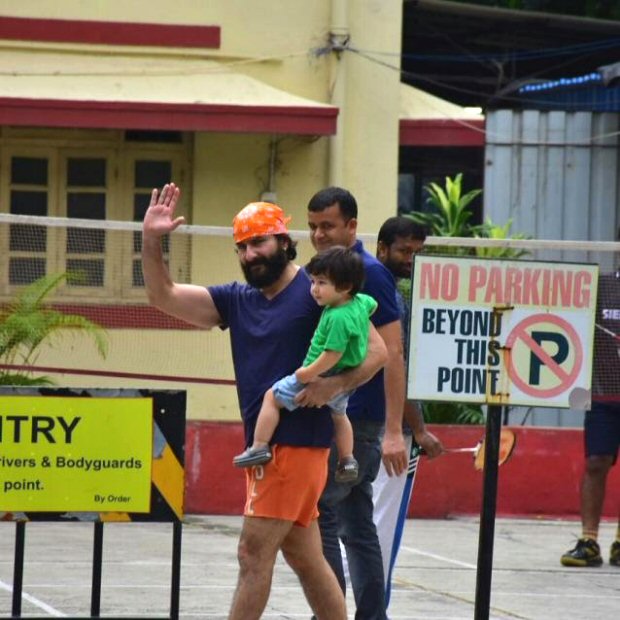 It is interesting to see that Taimur now responds to paparazzi as he has been constantly hounded by them since his birth. His every outing is covered religiously and he makes their day by giving countless cute expressions! The boy is a born star and a celebrity in his own right. Saif and Kareena are asked a lot about the exposure that their baby gets to media since his birth and they have said on many occasions that it worries them as they want their son to have a normal childhood. But being a piling figure comes with its own challenges, and celebs can't escape it. Both Nawab and his Begum know this and therefore are pretty chilled out with their upbringing! 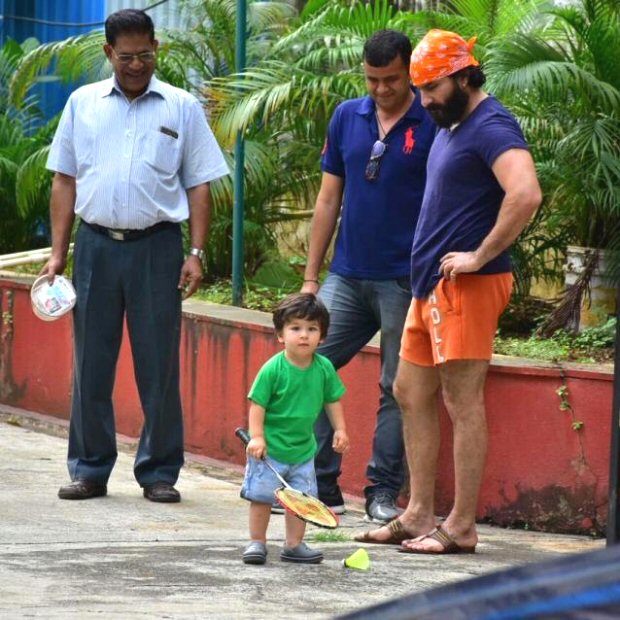 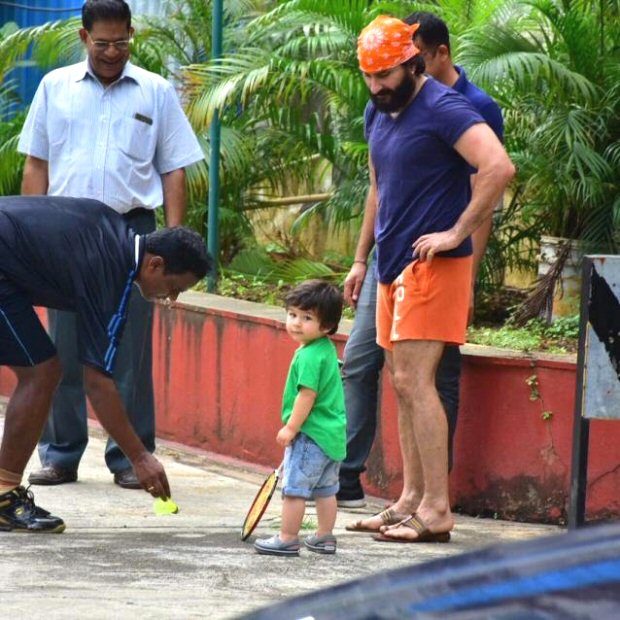 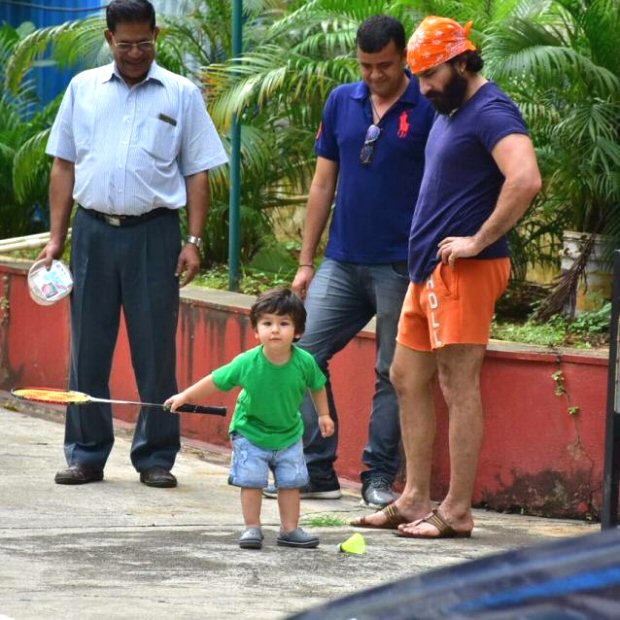 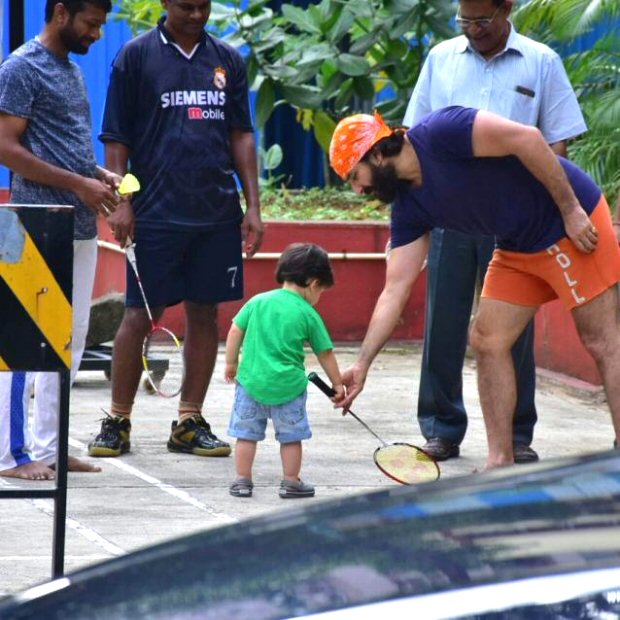 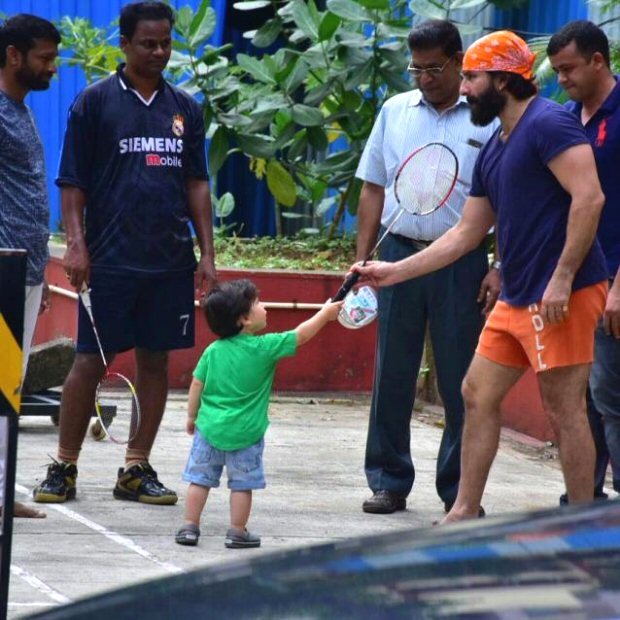 On the professional front, Saif Ali Khan is gearing up with his upcoming films Baazaar and Hunter. His Netflix original Sacred Games opened to a lot of praise so he is in good space as of now.

Also Read: Hey, Saif Ali Khan and Kareena Kapoor Khan, whether you want Taimur in the public domain or not is YOUR CHOICE!