It’s funny, but it’s our musclemen heroes who have always taken big time to comedy. Is the fact that we use a lesser number of muscles to laugh than to grimace the cause of this?

The list started way back with Dharmendra, moving on to Amitabh Bachchan after he acquired an action image. But it boomed from the 1990s onwards, when, in alphabetical order, Ajay Devgn, Akshay Kumar, Anil Kapoor, John Abraham, Nana Patekar, Sanjay Dutt, Suniel Shetty and Sunny Deol all joined the comic brigade. Comedy now is their other lifeline, some of them even scoring very frequently in this department. 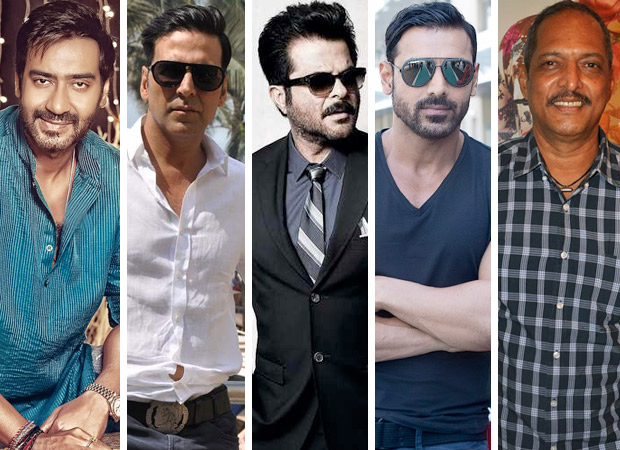 Ajay Devgn, for example, began with the bone-cruncher Phool Aur Kaante in 1991. However, Anees Bazmee extracted subtle yet often hilarious humour from him in Pyaar To Hona Hi Tha. But this seemed to be a one-off exercise until Indra Kumar starred in Masti (2004). It is hugely possible that Rohit Shetty was inspired more by the latter to give his old friend Golmaal—Fun Unlimited (2006).

This franchise has seen him excel all the way to film no. 4 in that series—Golmaal Again, but his comic expertise has been experienced time and again— by Rohit in All The Best and Bol Bachchan and by Ashwni Dhir in Atithi…Tum Kab Jaoge nd Son Of Sardaar.  Ajay has maintained his link with humour now for over 12 years—coming up is Indra Kumar’s Total Dhamaal.

Or take Akshay Kumar, who took a long, long while to flower as actor. This is because by convention, action heroes were never exactly considered great actors. Just when Akshay self-confessedly was fed up of the same old routine of doing stunts, Priyadarshan offered him Hera Pheri (2000).

It was an area Akshay was not confident about. “Before Hera Pheri, I did not even dream that I could do comedy,” admitted Akshay, giving full credit to director Priyadarshan and writer Neeraj Vora. “It was decidedly a turning-point in my career, and some filmmakers even feel that I began to open up more even as a person after doing this film.” The commercial gain was significant too: Akshay, at that point of time, had given multiple flops in a row, despite being known as an action hero and a Khiladi.

Little did he know that he would become the most successful comic hero ever (Awara Pagal Deewana, Garam Masala, Phir Hera Pheri, Heyy Babyy, Welcome, Welcome Back, Singh Is Kinng, Singh Is…Bliing, It’s Entertainment , Jolly LLB 2 and the Housefull franchise), even when some of these roles mixed action or emotions. His goofy stroke cocksure demeanour made him score high.

Suniel Shetty, the second hero to gain from Hera Pheri, was always considered teakwood as an actor and little more than a hunk. Today, Suniel is as much known for his comedy as his bone-crunchers, and says, “In a way, Hera Pheri for me was planned. I knew that I could not go lower than the rock-bottom I had reached prior to it. My macho image had to change.” He is now set to do Hera Pheri 3 and, if the script works out, Awara Pagal Deewana 2, even though he has been barely acting since the last decade.

Director Priyadarshan commented, “If you notice, both my heroes played their roles quite seriously—they were not clowning or laughing away. But the humour lay in the situations they landed in!” And if you think about it, that kind of comedy is the most refined and difficult act to deliver!

The other major actor who had turned funny with a vengeance is Sanjay Dutt, who will be shooting the next Munna Bhai film soon. It was Daud, a caper comedy of sorts in 1997, was a flop but opened up Sanjay Dutt’s flair for comedy. Sanjay Chhel exploited this with Khoobsurat, and claimed credit for Sanjay’s comic transition as his film was the actor’s first to do well! Next, David Dhawan did a slew of films (Haseena Maan Jaayegi, Jodi No. 1 and three more films that were also-rans) with him. 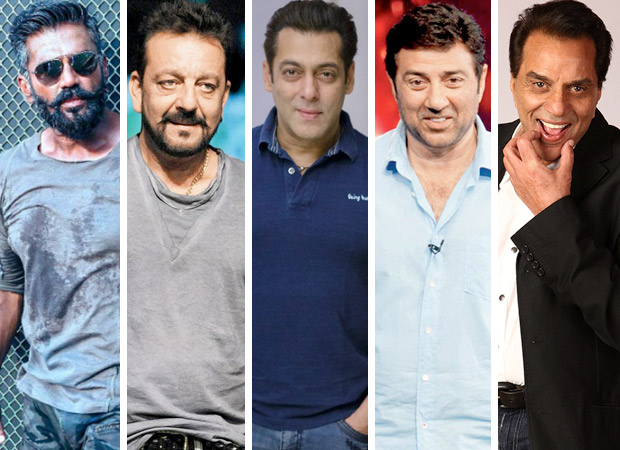 This was the phase when both the real and reel lives of the actor were under a cloud, and that is when Rajkumar Hirani struck home with Munna Bhai MBBS and Lage Raho Munna Bhai. If he was a golden-hearted rake in these films, he was the volatile cop in Dhamaal and Double Dhamaal. And good friend Ajay Devgn gave him superb situational comedy to enact in both his productions All The Best and Son Of Sardaar.

Another actor who went into comedy successfully, though on a very limited scale, was John Abraham. Always considered a non-actor, John had already done an able comic turn in Garam Masala, but scored even better in Dostana. But the film that saw his best comic performance was the 2012 Housefull 2. Since that film, John is doing back-to-back action dramas of varied hues, but even as Parmanu hit the screens, his heartfelt statement, “I am dying to do a comedy!” showed how much John misses this genre.

Anil Kapoor, through so many rom-coms, especially Deewana Mastana in the 1990s and No Entry in 2005, uniformly showed that his earlier trysts with humour (Woh 7 Din, Chameli Ki Shaadi, Ram Lakhan) were no flashes in the pan. As a character artiste, Anil dazzled with his timing in the Welcome franchise and Mubarakan and is now, we are sure, going to entertain us with Total Dhamaal.

Nana Patekar’s first truly hilarious comic work in Bluffmaster! can never be forgotten. As he put it, “As a student with Sir J. J. Institute of Applied Arts, I did only comic roles, but I was branded in serious roles only when I entered Hindi films!” he explains. “In spurts, I did bits of comedy in Hindi films even then, as in Aziz Mirza’s Raju Ban Gaya Gentleman.”

After this, Taxi No. 9-2-1-1 had its elements of humour, but Nana really clinched it with Welcome and Welcome Back, and recently brought the house down with his unforgettable cameo in Golmaal Again. And now, Nana has bene roped in for a crazy role in the whacko reincarnation comedy, Housefull 4.

Salman Khan has shown his comic side (with his individualistic and often deadpan humour) in so many romantic comedies, and even in his mega-star phase of largely action films, showed his humorous streak in Ready and in a good chunk of Bajrangi Bhaijaan. Sunny Deol has also shown his comic chops in the Yamla Pagla Deewana franchise and will also be seen in Bhaiyyaji Superhit.

And as we mentioned in the beginning, Dharmendra led the way for action heroes turning to comedy after Hrishikesh Mukherjee extracting his career-finest performance in Chupke Chupke. We had seen the original He-Man’s comic streak in Seeta Aur Geeta, and witnessed it since in Pratiggya, Sholay and Ghazab. A lesser-known film in which he was seen in tangy mode was Kis Kiski Kismat as the henpecked husband linked to a siren (Mallika Sherawat).

And we must mention that our oldest A-grade action hero has been doing exclusively comic roles sicne 2011—and on his fans’ demand!— in the Yamla… series, the Punjabi outing Double Di Trouble and even the dismal Second-Hand Husband.

As for Amitabh Bachchan, though typecast as the Angry Young Man with Zanjeer, and a one-man entertainer later it is a matter of simple observation that, besides Chupke Chupke, Amar Akbar Anthony, Cheeni Kum and Piku will always remain among his top ten performances.

Good comedy is always about great timing, and it is a matter of speculation whether the fact that good action is also about great timing has anything to do with our musclemen heroes proving their acting bonafides by going into comedy—that acid test of histrionic skills.