Actor Saif Ali Khan, who will be sharing the screen space with Hrithik Roshan in Vikram Vedha remake, opened up about working with him after two decades. Previously, Saif and Hrithik shared the screen space in Na Tum Jaano Na Hum which marked Esha Deol’s industry debut. Now the duo is all set to work again in Vikram Vedha, where Saif will play a cop alongside Hrithik, who features a gangster. 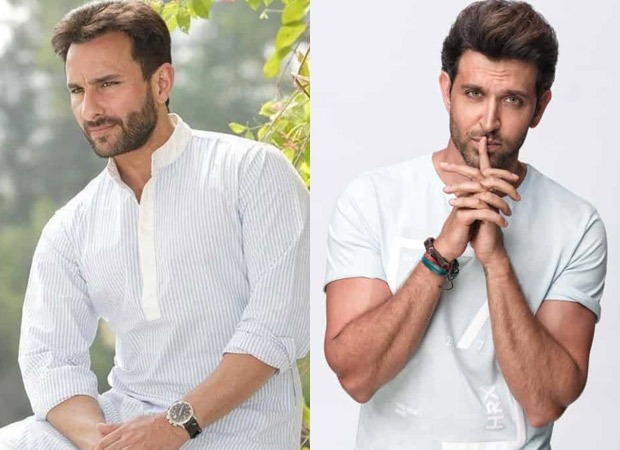 According to an interview with a tabloid, Saif said that both of them have great parts in Vikram Vedha remake and it will be a treat for viewers to watch them together. He will give his best shot and he knows that Hrithik will too. He is super excited to work with Hrithik in such a wonderful film and is really looking forward to it. He also said that the directors who helmed the original Tamil version will also helm in this version.

As Saif has watched the original one, he is ready to add his own flavour to his character. He will be playing the part of R Madhavan and said that he was fantastic therefore he will have to recreate it.