Bhumi Pednekar made an unusual yet bold debut with Dum Laga Ke Haisha, immediately registering the fact that she is a force to reckon with as an actor. Since then she has established herself an artiste who is unafraid and willing to go the extra mile for a character she believes in. Bhumi wowed film-makers with her stellar performances in Lust Stories, Shubh Mangal Saavdhan, Toilet: Ek Prem Katha and Son Chiriya in which she completely transformed herself every single time. 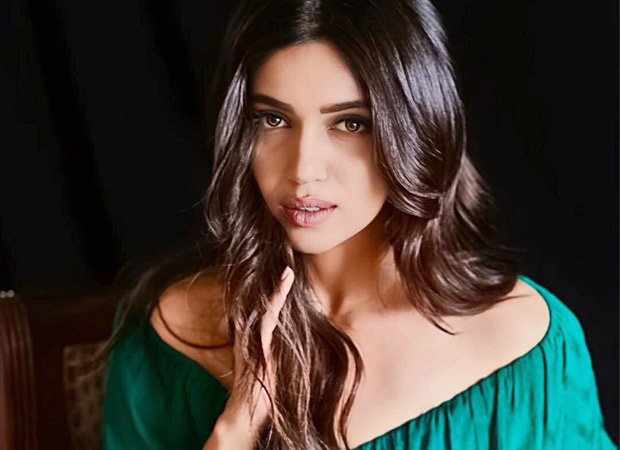 Her brilliance as an actor is the reason why she is the top choice of filmmakers today for roles that challenge any actor. Bhumi now has 6 big films lined up in the next 12 months; no mean feat for a young female actor in a highly competitive industry. “What gets me invested in a film is the challenge it poses to me as an actor. I would love to learn from every film and every role. I would not like to do similar roles and play safe. For me, acting is all about forgetting yourself and convincingly becoming someone else onscreen. I would always seek the risky roles, the challenging roles in films where I can contribute as an actor and choose projects in which my part would have something important to do or say,” says Bhumi.

Her line up currently looks like this. Bala is a social satire on pre-mature balding, Dolly Kitty Aur Wo Chamakte Sitare is a drama about dreams and aspirations of women, Saand Ki Aankh is a biopic in which she plays the world’s oldest sharpshooter from India, Pati Patni Aur Woh is a romantic comedy and the multi starrer Karan Johar epic Takht in which Bhumi has a very significant role. Each of these films and roles will showcase Bhumi’s versatility as an actor. It has been a while since Hindi cinema has had a leading lady with such diverse acting range and ability to tackle multiple roles.

“It is exciting for me that every role will see me in a new avatar! That’s what motivates me to sign a film and be on the sets of such diverse movies and collaborate with such diverse film-makers. I have been fortunate and blessed to be getting these opportunities from these talented film-makers who feel I will bring their vision to life. I recognize the responsibility and I look forward to deliver work that I can be proud of,” she says.

ALSO READ: Revealed: Bhumi Pednekar to look her real self in Pati Patni Woh for the 1st time

'My character breaks all the tags associated…

Bhumi Pednekar does a temple pilgrimage…

“I think just the idea of an all-girls team…

"Nature has been my biggest teacher" - says…