Last Updated 07.08.2020 | 9:10 PM IST
feedback language
follow us on
Home » News » Bollywood Features News » Bollywood News Suhana Khan proves that she is the internet sensation yet again in this new photo on Instagram

For everyone who has been following star kids on social media it wouldn’t come as a surprise that Suhana Khan is considered to be one of the superstars of these platforms! Even though she hasn’t made her Bollywood debut yet, this daughter of Shah Rukh Khan seem to have already built a successful fan following as fan clubs go gaga over her glamorous outfits and chic looks. As they continue to share the shenanigans of this young teenager on social media, we have now come across yet another interesting photo of Suhana. 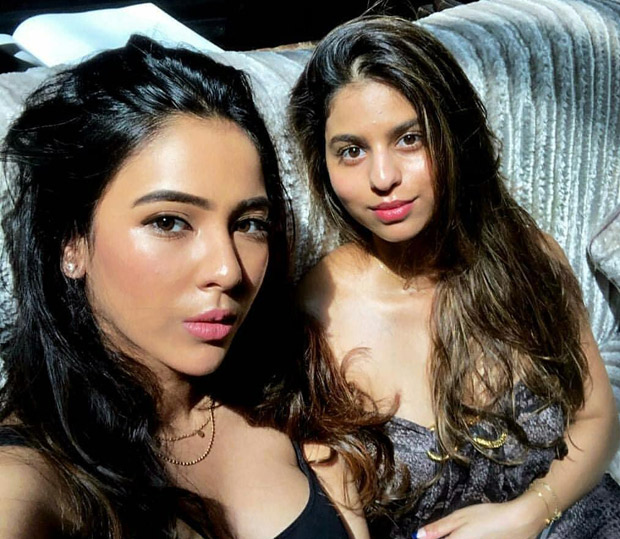 Amidst her recent pictures, we found Suhana Khan posing in an off shoulder snake printed dress which has yet again taken the social media by a storm. The star kid’s stylish photos have earned her a loyal fan base who keeps posting glimpses of her many looks on Instagram and other such picture sharing platforms. In this picture, she is seen posing with her friend and fan clubs definitely can’t stop speaking about her pretty avatar this time!

Suhana Khan, even though hasn’t made an entry into films, has always been the talk of the town, not only for her superstar father but also because she shares an interest in films. Fans of the star kid have been speculating for a while that she will be making her debut soon. While Shah Rukh has always maintained that he wants his kids to complete their education before they step into the film world, a recent magazine photoshoot done by Suhana had once fueled up rumours about her Bollywood acting debut.

Although nothing has been announced on that front yet, fans have been waiting with bated breath to see her take her first step into Bollywood as an actor. However, she recently entered the industry as she worked as an assistant in her father Shah Rukh Khan's latest film Zero.

Also Read: This photo of Suhana Khan is TRENDING for all the right reasons!