As the team of RRR starts shooting for their schedule in Hyderabad, the makers have shared a picture of the team from the sets. After Baahubali, RRR marks as S.S Rajamouli's next movie and is inspired by real-life freedom fighters. 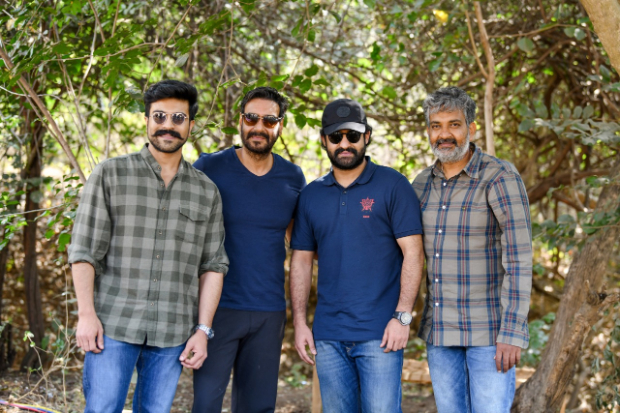 The makers of RRR shared a picture on their official handle of director S.S Rajamouli along with Ajay Devgn, Jr. NTR, and Ram Charan with the caption, "The stars are shining bright on the sets of #RRR! @ajaydevgn ji, @tarak9999, #RamCharan & @ssrajamouli from the shoot! #RRRMovie."

The stars are shining bright on the sets of #RRR! @ajaydevgn ji, @tarak9999, #RamCharan & @ssrajamouli from the shoot! #RRRMovie pic.twitter.com/GAOy8Ohb3s

Earlier, after the massive success of his movie Tanhaji: The Unsung Warrior, Ajay Devgn flew to Hyderabad to start shooting for S.S Rajamouli's magnum opus RRR where he will be seen alongside Alia Bhatt and south superstars Ram Charan and Jr. NTR. The movie also stars international actors Ray Stevenson, Alison Doody, and Olivia Morris. 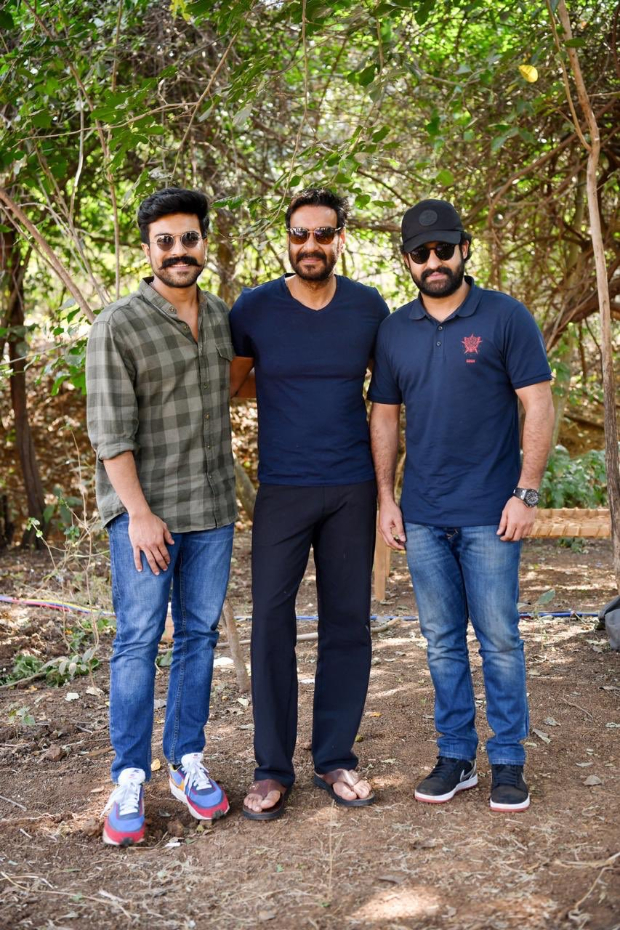 Directed by S.S Rajamouli, RRR is produced by D.V.V Danayya on DVV Entertainment banner and is all set to hit the screens later this year in 10 languages.