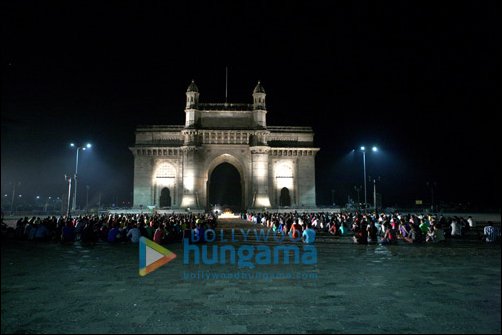 Director Rohit Shetty has been known to bring out the hidden gems from any place where he shoots. While his shoots in Goa have always shown us the picturesque locations of the breathtaking city like never before, the director recently became the first filmmaker to shoot at the Gateway of India post the 26/11 terror attacks.

Apparently, Shetty has shot in the exotic corners of Mumbai as the story of Singham Returns revolves around Mumbai city. In fact the director has not only shot in iconic sites of the city but also the unexplored remote places and the bylanes of Mumbai to bring out the real character of the city. The team has shot in places which are rarely seen on the silver screen like Reay Road, Cotton Green, Urankhanwadi Chawl, Mahim Durgah, and JJ Fylover which are very difficult to shoot at owing to the places being crowded.

A source close to his team said, "Rohit sir is very particular about the locations in his films and for Singham Returns since the story revolves in Mumbai, he wanted to shoot at places which show the real Mumbai."

Singham Returns which features Ajay Devgn and Kareena Kapoor is produced by Ajay Devgn Ffilms, Rohit Shetty Productions and Reliance Entertainment, and is slated for release this Independence Day on August 15, 2014.