Priyanka Gandhi Vadra was recently appointed as the general secretary of Congress in-charge of the eastern Uttar Pradesh. Riteish Deshmukh being the son of late Maharashtra Chief Minister, Vilasrao Deshmukh, has taken the time to congratulate Priyanka for her newly achieved promotion. He posted a picture along with her and conveyed his mother’s regards as well. 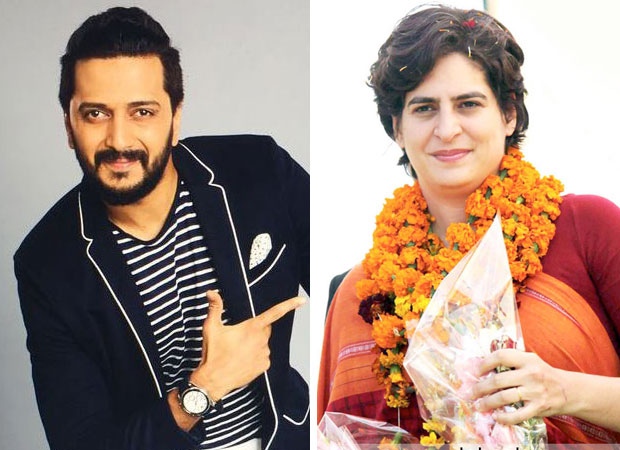 Riteish has never shown interest in politics, but stood by his father during his run like a wall. It was on Wednesday that Rahul Gandhi, the president of Congress, appointed his sister as the general secretary. The party has been marginalised in the state by BJP, and sending her in will only help better their situation there. Check out what Riteish’s tweet.

Had the pleasure of meeting her many years ago, will always remember her for her grace & warmt. Many Congratulations #PriyanakaGandhi ji on being appointed as the Gen Secretary (AICC). People across are thrilled with this news, my mother being one of them. #BestWishes pic.twitter.com/pWZ3hQnfQS