Sanjay Dutt has been extremely busy shooting for his multiple projects relentlessly with an exciting line up of five films in 2019. The actor may be busy in his life but he makes sure spend quality time with his two adorable twins - Shahraan Dutt and Iqra Dutt. 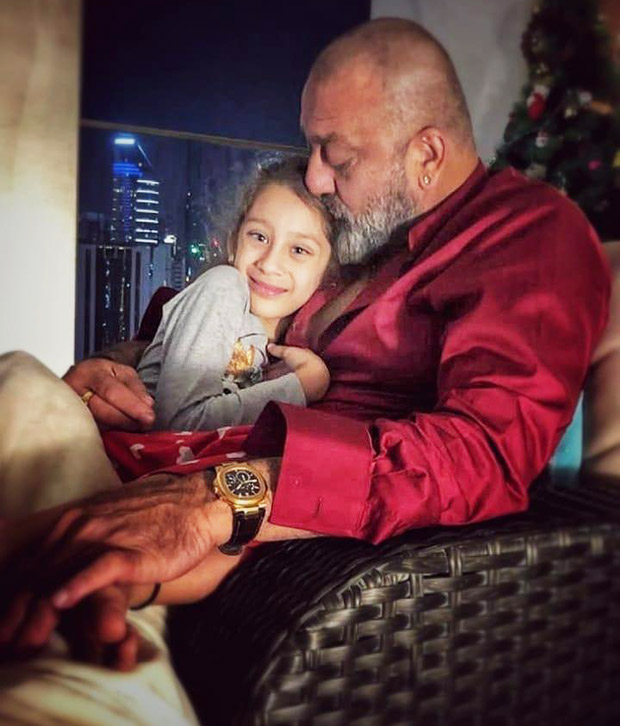 Today, the world is celebrating National Girl Child day. On this special occasion, Sanjay Dutt shared a precious moment with Iqra. He is seen kissing his daughter's forehead in this adorable moment between father and daughter. The actor captioned the image, "My daughter is my treasure. I pray that every girl child is given the love and care they deserve! ❤#NationalGirlChildDay."

On the work front, Sanjay Dutt will soon begin the next schedule of Panipat in which he is essaying the role of an Afghan King. The film stars Arjun Kapoor and Kriti Sanon and is being helmed by Ashutosh Gowariker. Sanjay will be sporting a bald look for the film and will wrap by the end of March. He has several films in the pipeline including Shamshera, Torbaaz, Prasthaanam, Kalank and Sadak 2.

Also Read: Sanjay Dutt’s pal, Mahesh Manjrekar, says he would have used a different approach for the actor’s biopic