Actor Ayaz Khan has played several roles on screen, but it is his character in the classic film Jaane Tu Ya Jaane Na that haunts him till today. Even after 13 years of the release of Jaane Tu Ya Jaane Na, people have not forgotten Ayaz's character Sushant Modi who ill-treats his fiance Aditi Mahant played by Genelia D'Souza. 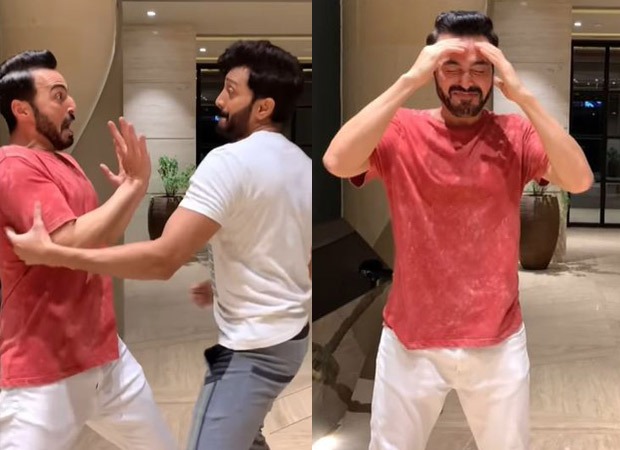 In one of the scenes in the film, Sushant slaps Aditi which was quite impactful and worked as the game-changer for the lead characters of the film. But people have still not forgotten or forgiven Sushant for slapping Aditi and often comment about the same on Ayaz's social media posts. Recently, Ayaz made a reel reacting to all the trolling he continues to face for slapping Aditi in the 2008 movie. The video had gone viral.

Now, Genelia's actor-husband Riteish Deshmukh got the opportunity to take revenge on Ayaz for slapping his wife in the movie. In the hilarious video, Riteish is seen beating Ayaz. Sharing the video, Ayaz wrote, "Will this hate ever stop?? @riteishd @geneliad #JaaneTuYaJaneNa".

In his earlier video, Ayaz had shared glimpses of all the comments he still gets from fans of the film.