For the past few weeks, Akshay Kumar has been shooting for the film Ram Setu in Ooty. On Friday, the actor took to his social media handle to announce the wrap of the Ooty schedule of the film. He made the announcement with a stunning picture clicked in Ooty overlooking the town landscape. 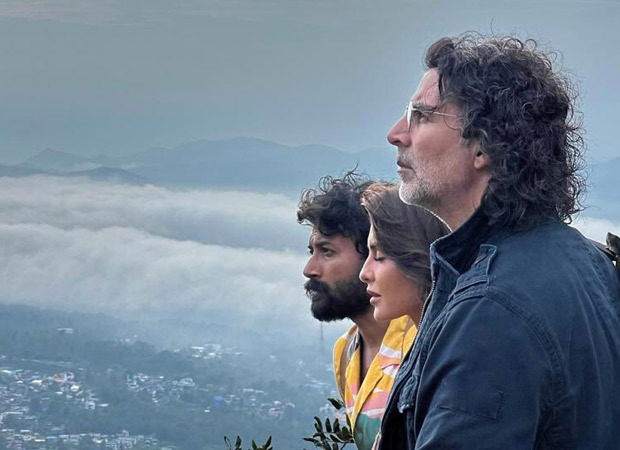 In the picture shared by Akshay Kumar, his co-stars Jacqueline Fernandez and Satyadev are also seen posing alongside him. Akshay is seen in his look from the film as he sports long curly hair and a grey beard with round glasses. Jacqueline seems to take in the moment with her eyes closed.

Sharing the picture, Akshay wrote, "In the photo - or in life - there’s always that beautiful streak of light above dark clouds. Wrapped the Ooty schedule of #RamSetu. Hope the divine light always guides us through thick and thin.  @jacquelinef143 @actorsatyadev”.

The next schedule of the film will be in Gujarat and will kick start next month. The team plans on wrapping up the film by December.

Meanwhile, Akshay Kumar will now return to Mumbai and kickstart the promotions for his upcoming film Sooryavanshi. The film directed by Rohit Shetty will be one of the first biggest theatrical releases post the reopening of theatres in Maharashtra. The film also stars Katrina Kaif along with Ranveer Singh and Ajay Devgn in cameo roles.