Producer - Director Nikkhil Advani, who earlier directed D-Day and also produced a patriotic film like Airlift is known to make real cinema. After six years of D-Day, Nikkhil has worn the director's cap for Batla House in the genre he immensely likes starring John Abraham. The film is inspired by the incidents amidst the encounter that took place in Delhi's Batla House in 2008. 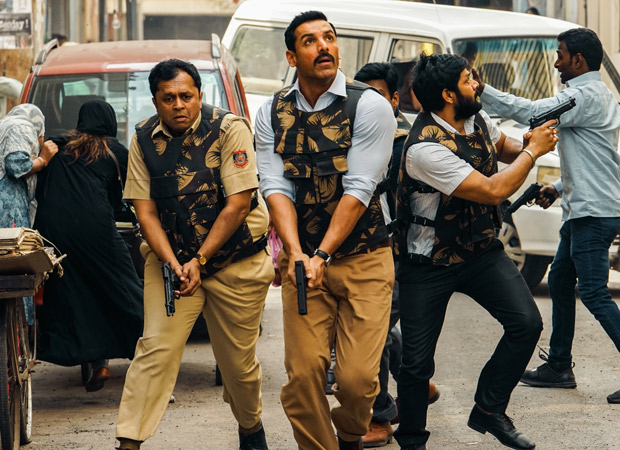 While the film was majorly shot in Mumbai, Delhi and Lucknow, Nikkhil was keen in shooting at real locations. The team shot at actual locations in Lucknow to keep it authentic for the audiences. They turned the local street of Lucknow into the Batla House area of Delhi. As the local residents were unaware about the details of the shoot, the filmmaker used guerrilla style to capture the reactions of the on-lookers to the encounter taking place which added a different feel to the story.

Speaking of the experience, Nikkhil said, "A big part of what really transpired on that fateful day in Batla House was the reactions of the neighbourhood and the residents of that particular building. I’ve been told most thought that a TV serial shoot that happened a couple of days before, was shooting again. It was only much later that they realised what was happening and the immensity of the whole operation."

"Keeping that in mind it was extremely important for me to get real and authentic reactions from residents, neighbours and even the students/terrorists. As a result we told no one what was going to happen. Of course, the residents of the shooting location knew we were shooting in that lane but, we choreographed it so that we could get natural reactions from real people who would look intrigued, confused, frightened (because of the gun fire) to even amused. We of course chose to use the shots that we wanted. So a large part of the entire encounter that we staged and shot looks totally authentic." he adds