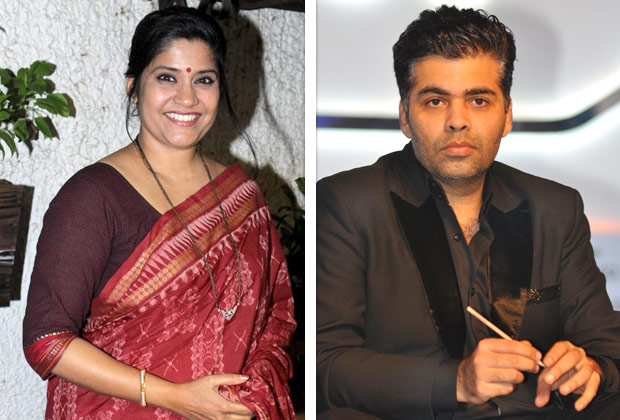 Renuka Shahane, who is best known for her smile and her ‘homely performance’ in the Rajshri hit film Hum Aapke Hain Kaun, has been extremely vocal about the ongoing issues. Be it Uri attacks or the Salman Khan case, Renuka Shahane took to social media and poured her heart out. The latest issue on which Renuka Shahane has spoken about is the ongoing MNS versus Karan Johar’s Ae Dil Hai Mushkil issue.

“Some time lines for people with short term memory only:
Feb 3 2008: Mrs Jaya Bachchan asks, "Who is Raj Thakeray?" after MNS targets North Indians in Mumbai
Sep 8 2008: MNS targets Mr Bachchan for being brand ambassador of UP & setting up a girls school there instead of Maharashtra. Mrs Bachchan makes a sarcastic comment about speaking in Hindi at a music launch of a film.
MNS starts a stir against the release of Mr Bachchan's "The Last Lear".
By that time Mrs Bachchan had come to know who Raj Thakeray was and therefore apologises for her remark.
Cut to
Oct 2016: Mr Bachchan receives a personally sketched portrait by Raj Thakeray for his birthday & he gifts a watch to Raj Thakeray's son.
Somewhere along the way Mr Bachchan became brand ambassador for Gujarat
There were no protests by the MNS
Guess Marathi-Gujarati bhai bhai but UP-Marathi not bhai-bhai!
Now Karan Johar.
Oct 2009: MNS protests use of 'Bombay' instead of 'Mumbai' in Wake Up Sid
Karan apologises saying, " It was a genuine mistake on our part. Henceforth we will use Mumbai instead of Bombay"
MNS protests withdrawn.
Bombay Times was being printed then & now
MNS doesn't protest.
Cut to
Sep 2016: MNS protests against the casting of a Pakistani actor in "Ae Dil Hai Mushkil" in solidarity with the martyred jawaans of the horrendous Uri attack
Flashback
26/11/2008: The dastardly Mumbai attacks. Many civilians killed by Pakistani terrorists
Tukaram Ombale martyred while capturing Kasab live.
Many defence personnel are martyred.
Many Pakistani artists, singers, writers work here & go back.
2nd Jan 2016: Many defence personnel martyred at Pathankot
March 2016: Kapoor & Sons is released & becomes a hit. It has Pakistani actor Fawad Khan in it.
MNS does not protest
The present:
18/10/2016: Karan Johar apologises saying he will never cast a Pakistani actor again
Exhibitors of single screens still will not show the film
Our Home Minister says that it is business as usual in the country. Visas will be given to Pakistanis to come here & work. There will be no ban on Pakistani actors on the part of the Central Govt
MNS does not protest our Govt's decision.
Karan Johar is to meet the Home Minister today.
Flash forward:
Karan Johar gets a portrait personally sketched by Raj Thakeray?
The present again:
After winning 3 wars at home, helping to win many in other lands, winning thousands of battles & skirmishes, being martyred in huge numbers, helping in any civil unrests, riots, natural disasters, helping all Indians irrespective of caste, race, language, gender; at last our Army has supposedly reached an International status at par with the Israeli Army that is protecting people of a land approximately 1/4th of our square kilometres and 1/100th of our complexity!!!
I thought our Army was always one of the best in the World.
Meanwhile the tu tu main main over surgical strikes continue between the Congress & the BJP.
The political squabbling & posturing continues.
We might as Indian citizens be able to put our differences aside & be able to keep India above Art & Sports but will our politicians be able to keep India above Politics?
I don't think so.
I don't think they will ever be able to practice what they preach!”