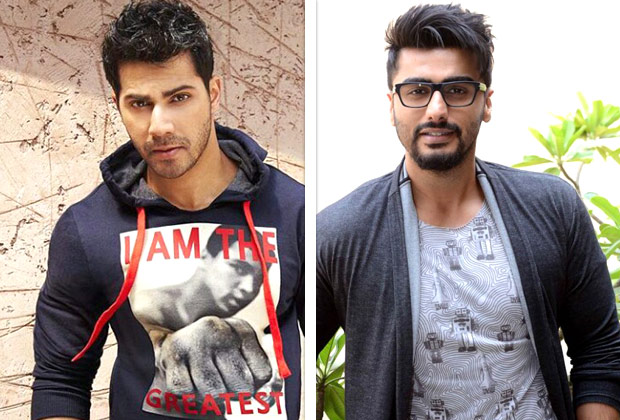 Exploring some of the most renowned friendship amidst celebrities are best friends, comedian-filmmaker Sajid Khan and actor-producer Riteish Deshmukh who turn hosts for the show ‘Yaaron Ki Baarat’. Adding some spice to the show are the secrets that are revealed by each of these friends about the other. And this time around, coming together for the first time are childhood friends Varun Dhawan and Arjun Kapoor who will be seen in the forthcoming episode of the show.

Very few may be aware that Arjun Kapoor and Varun Dhawan know each other before joining the film industry and have even studied in the same acting school. While we got a glimpse of the duo’s chemistry for the first time on television, they also had some interesting confessions to make about each other. In a recently released video, the two, who have an immense female fan following, were questioned about their flirting styles by the hosts of the show. Arjun Kapoor, in a tongue-in-cheek manner spoke about Varun saying, “Yeh aisa tha na acting class mein jo milti thi usse flirt karta tha. Kabhi kabhi ladkiyan nahi hoti thi acting class mein tabhi bhi flirt karta tha.” However when asked who was the bigger flirt amongst the two, Varun conveniently pointed out at Arjun Kapoor. While Arjun was a little surprised by it, he soon regained his composure by agreeing that he was indeed a bigger flirt than Varun. He further mentioned, “Main silent type ka hoon but Varun jyada uchal-kood karta hai.” Interrupting his conversation, Varun stated, “Arjun is very charming.” On the other hand, Arjun described Varun’s flirting style as loud adding that, “(Ladki kahegi) ki yaar main tere saath chali hi jaati hoon, nach-nach ke thaka deyega mujhe.”

Talking about their acting chops, Arjun and Varun also further went on to confess they have done miniscule and ignorable roles like turning into a tree, animal and so on in plays. Arjun also expressed about his dreams during his early days when he wanted to become a director. He also revealed that Varun who many a times ended up taking off his shirt for a scene often grabbed a lot of attention for his perfect abs and body. On the other hand, Varun was all praises for Arjun calling him a good boy who follows the home to work and vice versa routine quite seriously.

Besides the few candid confessions and some interesting games, ‘Yaaron Ki Baarat’ also saw the  two handsome hunks performing a pole dance stint and obviously they were joined by the hosts Riteish Deshmukh and Sajid Khan later on the other two’s insistence.