There was a time when it was common for a newcomer to sign half-a-dozen or even dozen films after his or her debut film emerges a success. This was also a time when actors would work in multiple shifts in a day. In other words, they’ll shoot for various films from morning till night. But then times changed and actors preferred focusing on one film at a time, or maybe two, in certain circumstances. And when it comes to successful debutants, they’ll pick up maximum one or two films depending on their popularity and how much their performance left a mark. Alia Bhatt, for instance, debuted with Student Of The Year in 2012. By the time her second film Highway released in 2014, she had already completed two more films – 2 States and Humpty Sharma Ki Dulhania. So she already got three films after her dream debut. 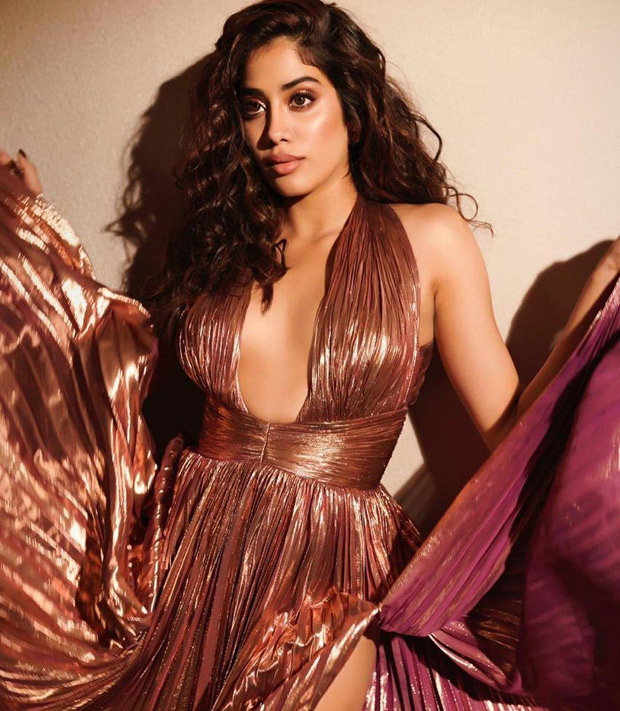 But Janhvi Kapoor has created a record in this regard. She’s just one film old and she already has as many as five films in the pipeline, along with an important segment in a web film! The daughter of producer Boney Kapoor and deceased actress Sridevi was launched with much fanfare last year in Karan Johar’s production Dhadak, an official adaptation of Marathi blockbuster Sairat. Dhadak was a moderate success in theatres but a blockbuster on television. The ratings of its television premiere were the highest in 2018, more than that of bigger grossers. The film proved Janhvi is extremely talented and is here to stay. Yet, no one was to ready for the fact that she’ll get so many movies in her lap even before her second film will be out.

After Dhadak, Takht was the first film bagged by Janhvi Kapoor. It is one of the biggest films of Bollywood and directed by Karan Johar. Along with Janhvi, the film has an enviable star cast of Ranveer Singh, Kareena Kapoor, Alia Bhatt, Vicky Kaushal, Bhumi Pednekar and Janhvi’s uncle Anil Kapoor. Based during the Aurangzeb era, the film is expected to be a visual and grand spectacle.

This was followed by the announcement that Janhvi has signed. Gunjan Saxena: The Kargil Girl. It’s also produced by Karan Johar and tells the story of the first female Indian Air Force pilot and first Indian woman air force pilot in combat. Directed by newcomer Sharan Sharma, it also stars Angad Bedi and Pankaj Tripathi. It hits screens on March 13, 2020 and will be the second film of Janhvi Kapoor to release after Dhadak.

Janhvi Kapoor then got her first non-Dharma film with Roohi Afza. She joins Rajkummar Rao and Varun Sharma in this horror comedy directed by newcomer Hardik Mehta. Interestingly, she has a double role, one of which is named Roohi and other Afza. Producer Dinesh Vijan has promised that her double role act will bring back memories of her mother Sridevi’s twin turns in Chaalbaaz. It releases on April 17, 2020, a month after Gunjan Saxena: The Kargil Girl. 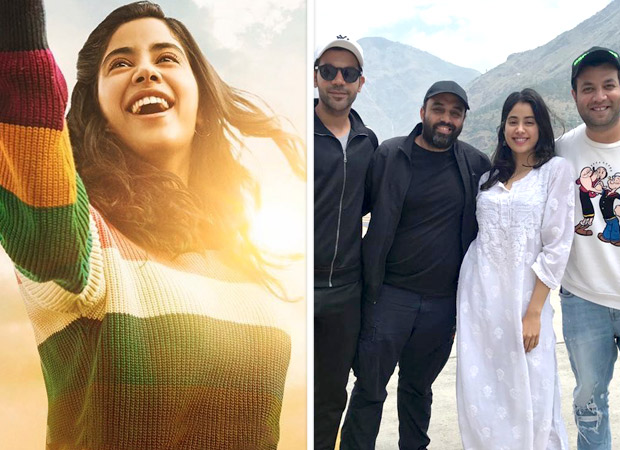 In June, it came to light that the much awaited sequel of Dostana will feature Janhvi Kapoor along with Kartik Aaryan and newcomer Lakshya. It’s directed by first-timer Collin D'Cunha. The first part was a hilarious caper of two men pretending to be gay to secure an apartment of their choice and then falling in love with the third female roommate. The original starred Priyanka Chopra as the female lead and she was loved for her sizzling avatar. To this day, she is called ‘Desi Girl’ after a hit and memorable song in the film. Hence, one can expect Janhvi Kapoor to soar the temperatures with Dostana 2 as well!

And just a few days back, it was announced that Janhvi Kapoor has bagged her fifth film, Bombay Girl. It is produced by her father Boney Kapoor and directed by Ssanjay Tripaathy, who earlier made a slice-of-life Club 60 and has also helmed the upcoming Sanjay Leela Bhansali-produced film on Prime Minister Narendra Modi, titled Mann Bairagi. In Bombay Girl, the young actress plays the role of a rebellious teenager.

All these aforementioned films are backed by big names and co-star talented and popular actors. It shows how much the industry believes in Janhvi Kapoor’s potential. One can’t help but wait to see how these films fare and how much it adds to the popularity and fan following of the actress!