Janhvi Kapoor made her Bollywood debut with Shashank Khaitan's Dhadak last year, and there was no looking back. Through the past year, we have seen Janhvi dazzling several magazine covers, bagging numerous endorsement deals and bagging some extremely interesting projects. Amid all these, we also waited for her to collaborate with producer father Boney Kapoor. 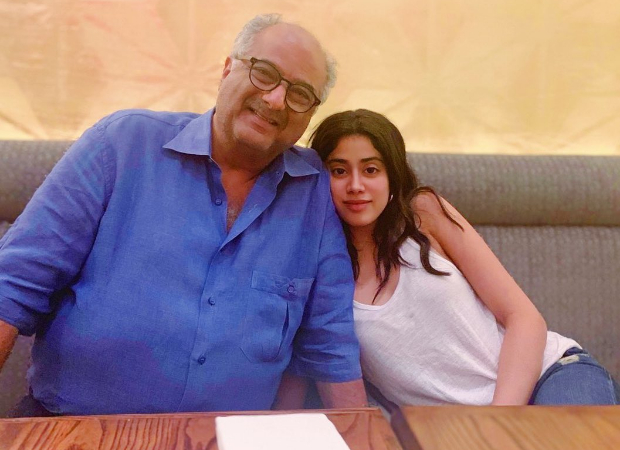 And we just got our hands on this piece of news! The father and the daughter are finally teaming up for a film. Titled Bombay Girl, it will be helmed by Ssanjay Tripaathy. Boney Kapoor, along with producer Mahaveer Jain, will be producing the project. Bombay Girl will be a coming-of-age story that revolves around a rebellious teenager.

Boney recently also bought the Hindi remake rights of Jayam Ravi's Comali and announced that his son Arjun Kapoor would be starring in it.

Janhvi is presently shooting for Kargil Girl, a biopic of Gunjan Saxena, the Indian Air Force's first on-combat female pilot. She will be also starring in Dinesh Vijan's horror comedy Roohi Afza, alongside Rajkummar Rao. Both of Karan Johar's multi-starrer Takht and Dostana 2 will be featuring her as well.