Last Updated 20.09.2020 | 11:57 AM IST
feedback language
follow us on
Home » News » Bollywood Features News » Bollywood News Ranveer Singh and Team ’83 prep hard as they sweat it out in Dharamshala

After the success of Gully Boy, Ranveer Singh is prepping hard for his next movie, ‘83 which is being helmed by Kabir Khan. The cast is currently training at Dharamshala under the guidance of former cricketers Kapil Dev, Balvinder Singh and Mohinder Amarnath. 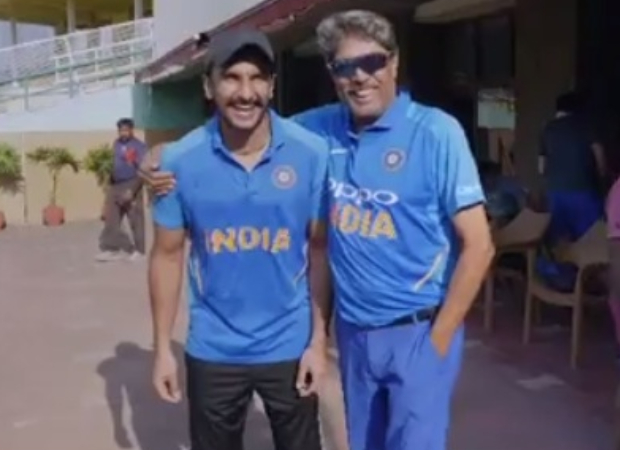 On the occasion of Good Friday, Ranveer Singh gave a peek into their training session. He shared a behind-the-scenes clip which shows all the actors and trainers working hard in Dharamshala. Along with the video, Ranveer wrote, "The incredible untold story of India’s greatest victory! 10th April 2020- Good Friday #Relive83 @83thefilm @kabirkhankk."

Bringing to screen one of the most celebrated and coveted events of Indian Cricket, the Kabir Khan directorial is mounted on a huge scale. The so-called Kapil’s Devils have been the legends of Indian cricket for engraving their names in the history of cricket. Hence, the makers have converged the entire Indian film industry to pick suitable actors for the sports film.

‘83 will see Ranveer Singh essaying the role of Kapil Dev who was the captain during the 1983 World Cup win. The film is scheduled for April 2020 release.

ALSO READ: ’83: Ranveer Singh is on top of the world, trains with Kabir Khan and team in Dharamshala