One of the bankable stars of the Indian film industry – Ranveer Singh – is every brand’s choice. The actor is a face of over 20 brands and his campaigns are quirky and insane. As he continues to be brand’s favourite, he is currently featuring the global campaign of Adidas Originals. 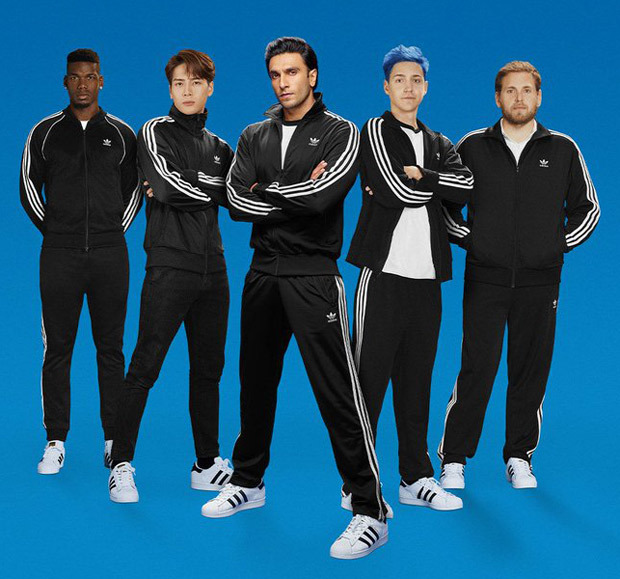 The actor shared a photo on his Instagram on Tuesday featuring the global faces representing the brand. Starting with Ranveer Singh who is the face in India, followed by soccer icon Paul Pogba, Hollywood actor Jonah Hill, legendary musician Pharrell, Chinese musician and K-pop star Jackson Wang of the group GOT7 and American Youtuber Ninja aka Richard Tyler Blevins who are some of the celebrities featured in the campaign. The actor simply captioned the photo, “.@adidasoriginals #ChangeIsATeamSport #adidasSUPERSTAR.”

On the work front, Ranveer Singh has wrapped up Jayeshbhai Jordaar which is releasing in the second half of 2020. Meanwhile, the actor will launch the trailer of ’83 on March 11. Starring as Kapil Dev, the film is releasing on April 10, 2020.

ALSO READ: Ranveer Singh arrives late at the Sooryavanshi trailer launch and his reaction is hilarious!