Ahead of Filmfare Awards 2020, Kartik Aaryan and Ranveer Singh are gearing up for their individual performances that will take place in Guwahati, Assam. The actors flew on Saturday for the technical rehearsals. And it seems like their bonding is getting a little too strong. 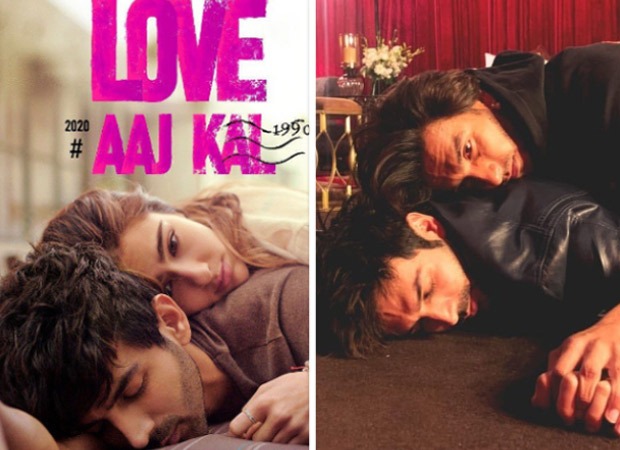 Kartik Aaryan, who's new film Love Aaj Kal released on Valentine's Day, featured on the poster with his leading role Sara Ali Khan sleeping on his back. Recreating the same moment from the poster, Ranveer has now replaced Sara Ali Khan and well, they are already planning Love Aaj Kal 2030. Kartik shared the photograph on Instagram and captioned it, "Announcing #LoveAajKal 2030. With @ranveersingh ❤️#RanTik."

Ranveer Singh is set to perform a medley of his songs along with some retro vibes to it. Besides, from we hear, Kartik Aaryan is set to perform on some of the hit 90s tracks paying tribute to Salman Khan and Shah Rukh Khan at the Filmfare Awards 2020.

On the work front, Kartik Aaryan has two more films releasing this year - Bhool Bhulaiyaa 2 and Dostana 2. Meanwhile, Ranveer Singh will also be starring in two films - '83 and Jayeshbhai Jordaar.