Bigg Boss 13 is just a few hours away from announcing the winner of the ongoing season. The battle has come down to six contestants after Mahira Sharma getting evicted from the show on Thursday. 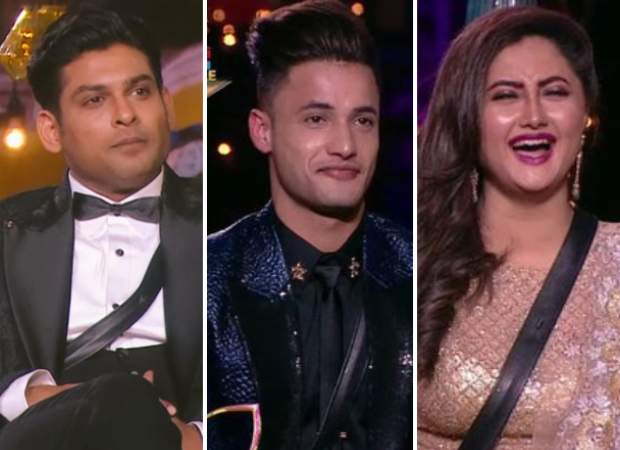 Fans of the show have been trending the #BiggBoss13Finale and have been showing tremendous support for their favourite contestants. Sidharth Shukla has been constantly topping the popularity chart from the past several weeks with Asim Riaz and Rashami Desai  following suit.

As far as Twitter polls are concerned, several polls conducted by leading entertainment portals predict that Sidharth Shukla will be winning the show with a huge margin of votes. Sidharth Shukla has also been consistently trending on Twitter since morning with a maximum number of people keeping the buzz around him alive.

Fans of Asim Riaz are also making efforts to keep the buzz around their favourite contestant by highlighting his game in the season. Rashami Desai, too, has seen a decent number of supporters on social media. Meanwhile, Shehnaaz Gill is mostly seen linked with Sidharth by the fans of the couple.

Sidharth Shukla, Rashami Desai, Asim Riaz, Shehnaaz Gill, Paras Chhabra, and Arti Singh are the six contestants who made it to the finale. However, earlier in the day it was reported that Paras Chhabra opted to walk away with the money bag worth of Rs 10 lakhs. On the other hand, Arti Singh reportedly got evicted based on public votes.

A while ago there were reports of Rashami Desai finishing in fourth spot after Rohit Shetty announced the top three contestants. However, fans of Rashami Desai are not terming the news as fake on social media.