It’s going to be a star-studded affair on India’s favorite dance reality show Dance +5 as glitzy stars Kartik Aaryan & Sara Ali Khan made a grand appearance on the sets. All the captains Suresh, Karishma, Dharmesh & Punit along with Super Judge Remo D'souza gave the duo a warm welcome. Both Kartik & Sara were visibly impressed after watching the stunning performances of all the top contestants. Along with the dance fest on sets, the audiences and contestants also got to see the first real romantic proposal of Kartik Aaryan towards Sara Ali Khan. 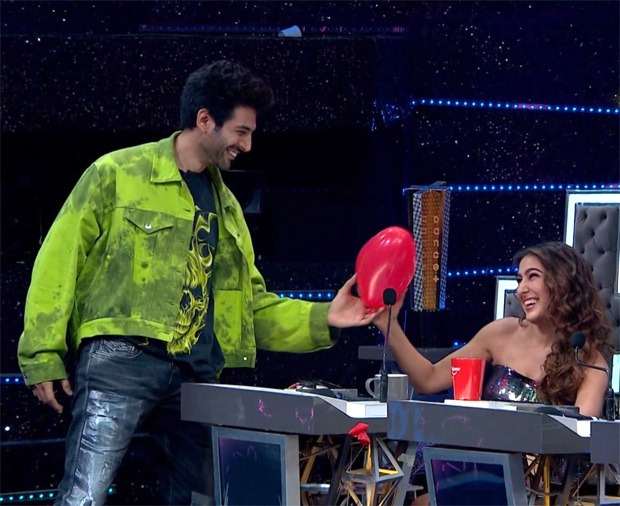 Amusingly, Raghav also caught Sara and Kartik texting each other during the shoot while sitting next to each other. Raghav then in his signature comical style, came forward to impress Sara with a heart-shaped balloon. Kartik Aaryan cleverly snatched the balloon and presented it to Sara leaving Raghav heart-broken. 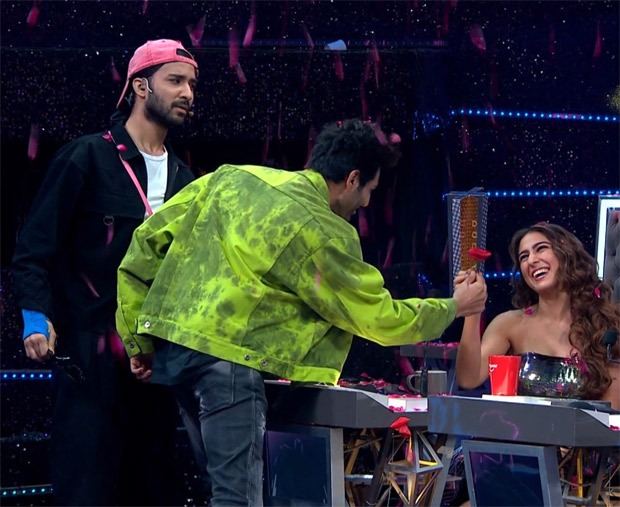 A source from the sets revealed, “All of us on the sets are used to Raghav’s antics. With Sara Ali Khan present on the shoot, Raghav was more than eager to impress the beautiful actress. However, Kartik Aaryan stole the limelight by playing the upper hand and presenting her with a heart-shaped balloon and a red rose beating Raghav in the game.”

We can’t wait to witness the romantic side of Kartik Aaryan on the upcoming episode of Dance +5!